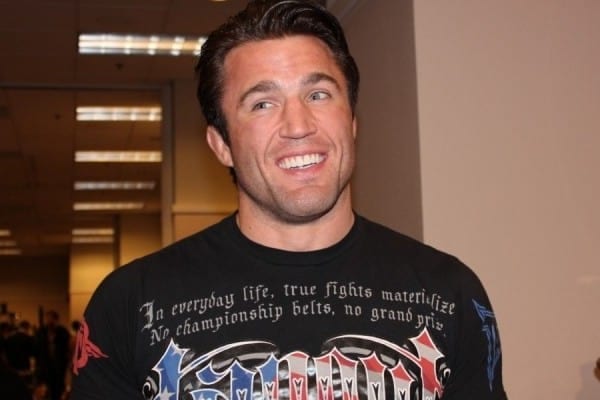 The self-proclaimed “gangster,” Chael Sonnen, is back at it once again. The former No.1 middleweight and light heavyweight contender has never been one to back down from pulling a prank.

According to Lewis McKeever of bloodyelbow.com, the former UFC star, and current ESPN MMA anchor tried contacting Chad Mendes, only to be ignored repeatedly. And as Sonnen has done in the past, he showed just exactly why one should never mess with a gangster.

Sonnen has never been a shy guy. During his time in the UFC, he was hated and bashed on, each and every time he opened his mouth. Despite being liked by many, and hated by more, Sonnen had a way with words and it helped catapult his career.

Dealing with Conor McGregor is one thing, adding Sonnen into the picture adds another level of complexity and frustration. One can only imagine what Mendes is feeling right about now.

Stay tuned to LowKickMMA.com, as we will keep you updated with all drama surrounding Sonnen and his antics leading up to UFC 189 on July 11.