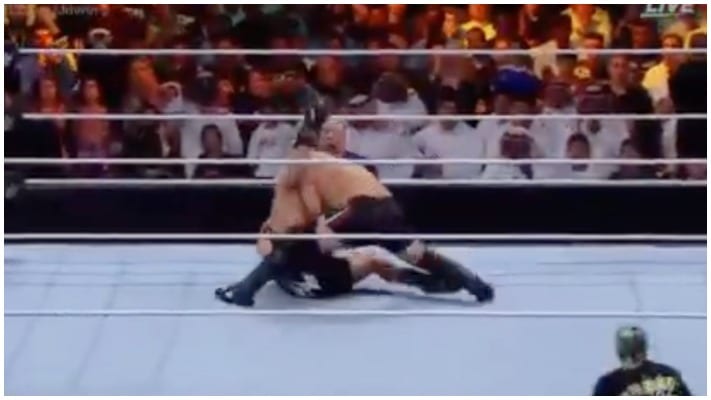 Velasquez took on current WWE champion Brock Lesnar in what was a rematch of their heavyweight title fight that took place at UFC 121 back in October 2010.

The rematch was more of the same as it was Velasquez who dominated much of the two minute affair as he dropped Lesnar with a headkick and started landing strikes. However, Lesnar caught him with a kimura lock ultimately leading to the submission win.

He would proceed to put a beatdown on Velasquez soon after. You can see the highlights below: