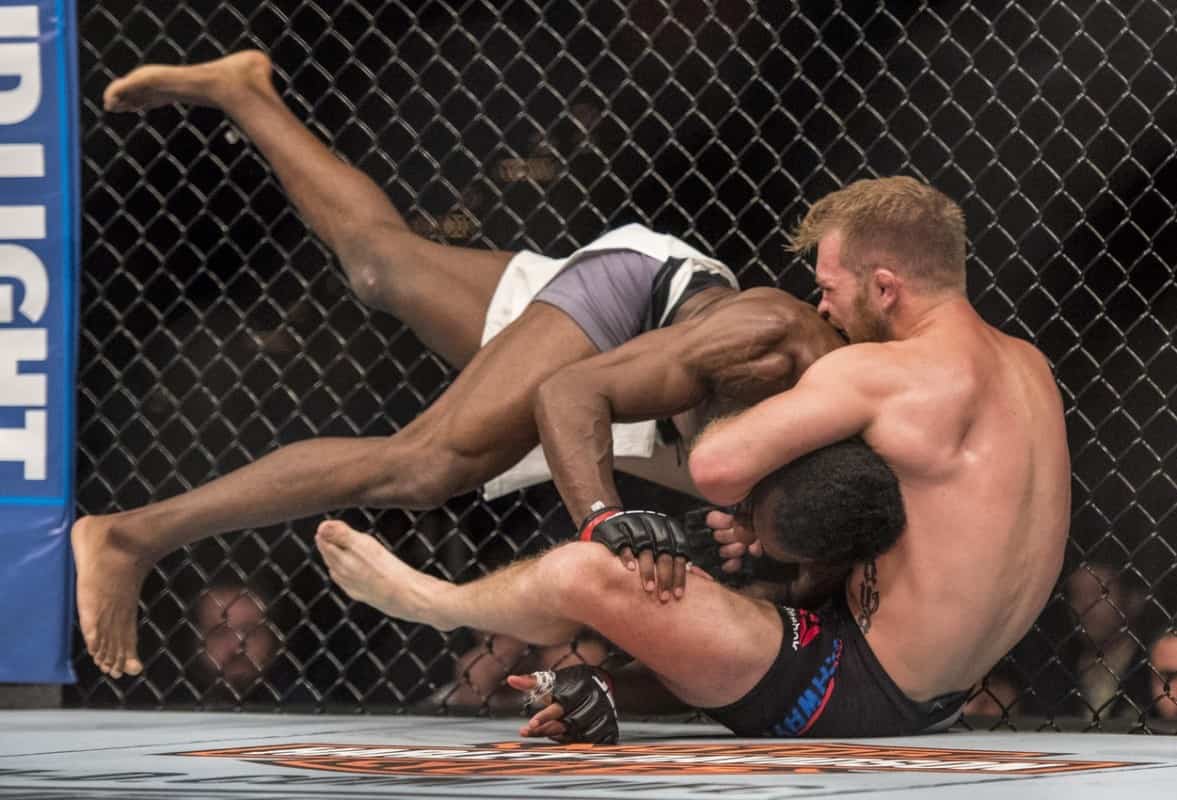 Bryan Caraway may very well be the most overlooked contender in the suddenly booming UFC bantamweight division.

The win, which likely should’ve come by way of unanimous decision, should launch “Kid Lightning” into title contention in his opinion:

“I think this puts me in title contention,” he told the assembled media (Via FOX Sports) inside the Mandalay Bay after his victory over Sterling. “The only guy ranked above him (Sterling) is Barao – Barao moved up to ’45, and Dillashaw and Faber. Faber is already fighting for the title. Dillashaw has already fought for the belt and he already has a match lined up with Assuncao, so I think I’m right there in the mix,” he continued.

The bantamweight strap will indeed be defended next weekend (June 4, 2016) in the co-main event of UFC 199 as champion Dominick Cruz squares off with Faber in a highly-anticipated trilogy match.

UFC Fight Night 88 was also headlined by a pivotal 135-pound bout between two previously undefeated rising contenders in Thomas Almeida and Cody “No Love” Garbrandt. Many had expected Almeida to once again get the job done, but “No Love” came out guns blazing and put the Brazilian away in the first round.

While not taking anything away from Garbrandt, Caraway simply feels as if he isn’t quite ready to jump ahead of him in terms of the rankings:

“Garbrandt wasn’t even ranked, before,” he reasoned.

“I’m not saying he isn’t an amazing, amazing fighter, but he wasn’t even ranked so I think for him to leapfrog from not even being ranked to above me would be ludicrous.”

At the end of the day, “Kid Lightning” says that he’s the best available option to meet the winner of UFC 199’s title clash:

“I think I’m the highest-ranked guy, now, that hasn’t fought for the belt.