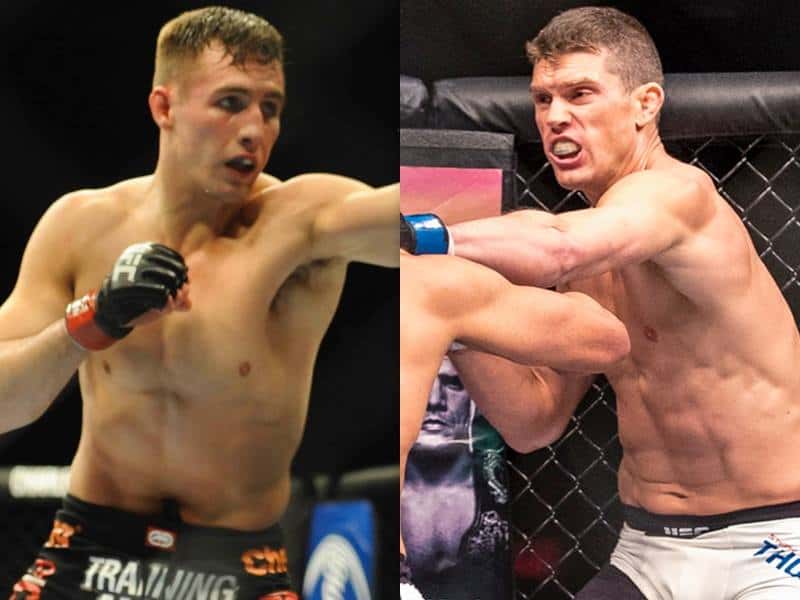 The UFC is back in Canada tonight (June 18, 2016) for UFC Fight Night 89, and the huge night of fights is headlined by hometown hero and No. 1-ranked welterweight in the world Rory MacDonald, who meets No. 2-ranked Stephen ‘Wonderboy’ Thompson in the main event.

The card is also co-main evented by Donald ‘Cowboy’ Cerrone and Patrick Cote in a welterweight bout, granted Cerrone typically competes in the 155-pound division.

Aside from the two colossal bouts set to headline the night of fights in Ottawa, theres plenty of more action fight fans seem to be overlooking that we’re going to look into today. 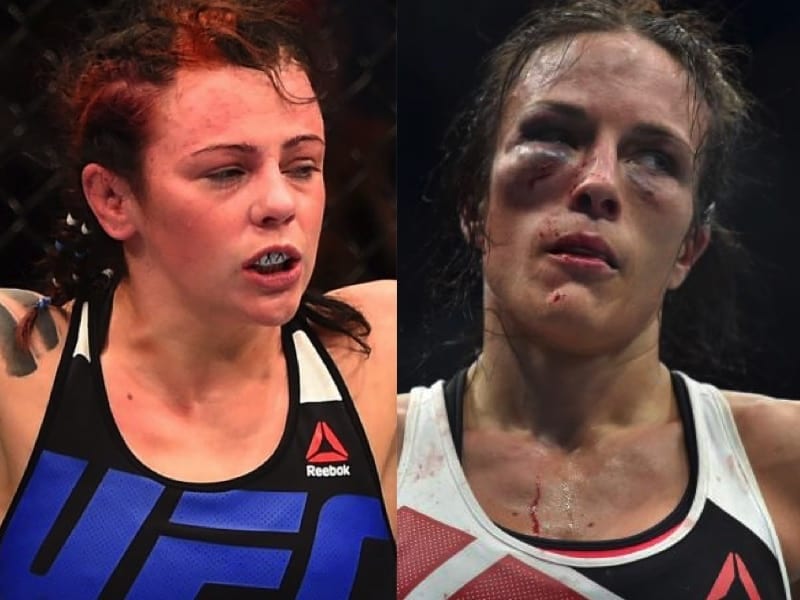 Set to kick off the night is the first ever women’s flyweight bout in UFC history, when No. 5-ranked women’s starawweight Valerie Letourneau takes on No. 12-ranked Joanne Calderwood.

Letourneau (8-4) is coming off of a 115-pound title bout defeat to current champion Joanna Jedrzejczyk at UFC 193, via unanimous decision in the night’s co-main event.

The American Top Team (ATT) product is a purple belt in Brazilian jiu-jitsu under Bruno Fernandes, and also possesses some of the best striking in the women’s 115-pound division.

Calderwood (10-1) is an impressive prospect out of Scotland, being the country’s first female mixed martial artist, who is also alumni from The Ultimate Fighter 20 (TUF 20) in which she made it as far as the quarterfinals of the tournament.

‘JoJo’ has only lost one bout in her professional career, and is coming off a unanimous decision victory over Cortney Casey at UFC Fight Night 72 nearly a year ago in July. Calderwood holds a blue belt in Brazilian jiu-jitsu, and is a Muay Thai specialist having held four titles in the sport.

Both women possess incredible standup skills and have proven to be fairly even on the ground, however, Letourneau is ranked as high as a -190 favorite to win the bout and has faced far greater competition throughout her career. Expect a standup brawl from these two women when they step inside the Octagon. 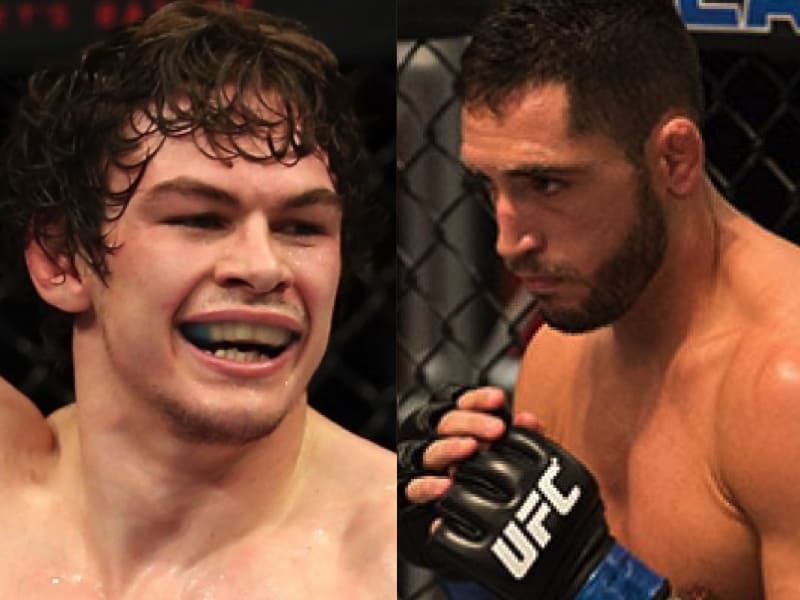 Next up is a lightweight bout between young UFC veteran Olivier Aubin-Mercier, and a man who comes off his first career loss in Thibault Gouti.

Mercier (7-2) has won three of his last five career UFC bouts, however, his last Octagon appearance in January saw him dropping a unanimous decision bout to Carlos Diego Ferreira at UFC on FOX 18.

‘The Quebec Kid’ is extremely talented on the ground as he holds a black belt in Judo to go along with a brown belt in Brazilian jiu-jitsu. Seven of Mercier’s eight career victories have come via submission, giving him the clear edge in the ground game department.

Gouti (11-1) comes off of the first loss of his professional mixed martial arts career, when he was defeated by Teemu Packalen via rear-naked choke at UFC Fight Night 84 in the first round.

The 29-year-old Frenchman is no slouch on the ground himself, however, as six of his eleven career victories have come via submission.

Mercier is a highly skilled ground practitioner and could dictate the majority of the fight should it go to the ground, which is most likely why he is ranked as much as a -450 favorite to win the bout. 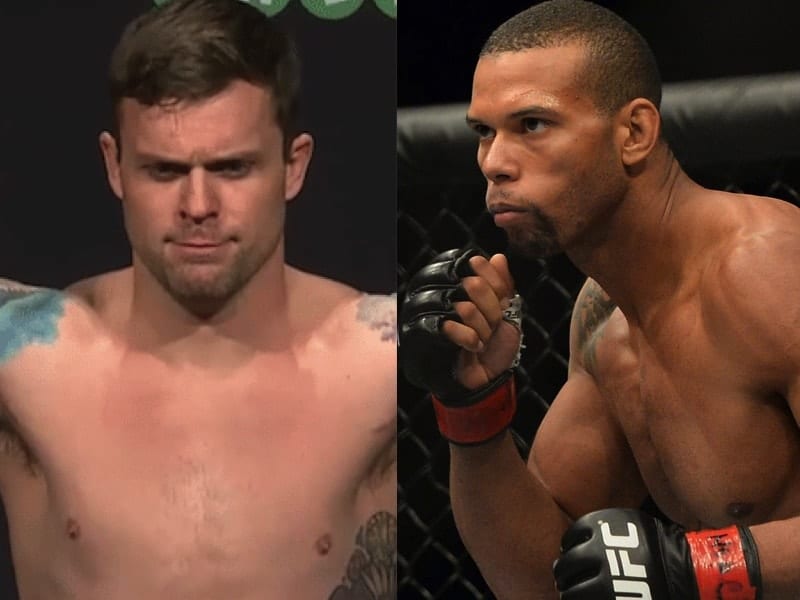 The third bout slated for the main card is set to go down in the 205-pound division, when Steve ‘The Boss’ Bosse takes on Sean ‘The Real OC’ O’Connell.

Bosse (11-2) comes off of a first round knockout victory over James Te-Huna at UFC Fight Night 85 in his second UFC bout, once again utilizing his vicious striking power.

O’Connell (17-7) has won two of his last four bouts inside the Octagon, including most recently a devastating knockout loss to the heavy handed Illir Latifi at UFC Fight Night 81 this past January.

‘The Real OC’ is an exciting fighter who isn’t afraid to stand and bang with any man in the 205-divison, and has even taken home Fight of the Night honors two times in his two-year UFC career.

Bosse is as much as a -160 favorite to walk away with the win Saturday night, and it’s most likely due in large part to the Canadian’s vicious knockout power. 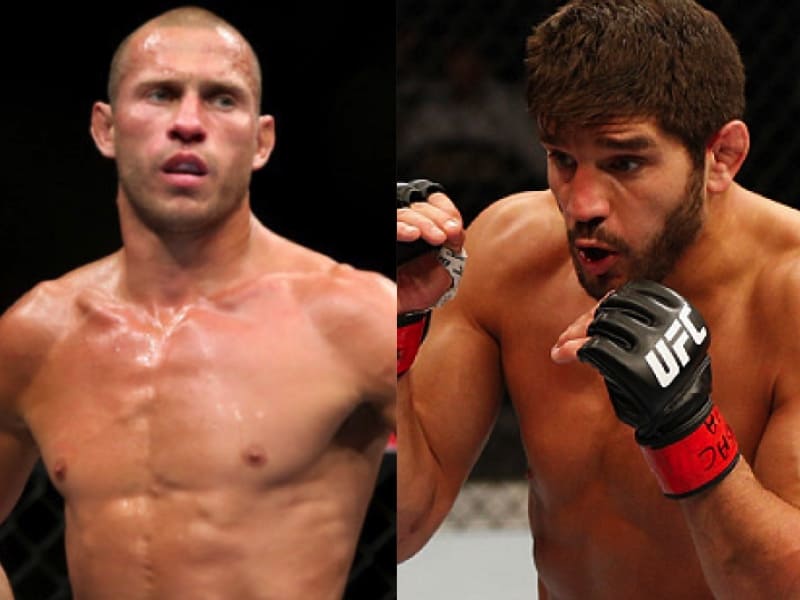 Donald ‘Cowboy’ Cerrone is making his second appearance in the UFC’s 170-pound division, to take on former middleweight title-challenger Patrick Cote in the evenings co-main event.

Cerrone (29-7-1) has only lost once in his last three years inside the Octagon, with his last bout resulting in a first round submission victory over Alex Oliveira in his welterweight debut.

‘Cowboy’ is an excellent striker due in large part to his extensive kickboxing and Muay Thai background, and also holds a brown belt in Brazilian jiu-jitsu.

Cote (23-9) is on a three-fight win streak as his only loss in four years came in a unanimous decision loss to Stephen ‘Wonderboy’ Thompson. ‘The Predator’ is an extremely well rounded fighter as well, as he holds black belts in Muay Thai, Judo, and Brazilian jiu-jitsu.

These two men are pretty evenly matched up and will most likely put on a very exciting contest, however, ‘Cowboy’ is as much as a -175 favorite to emerge victorious. 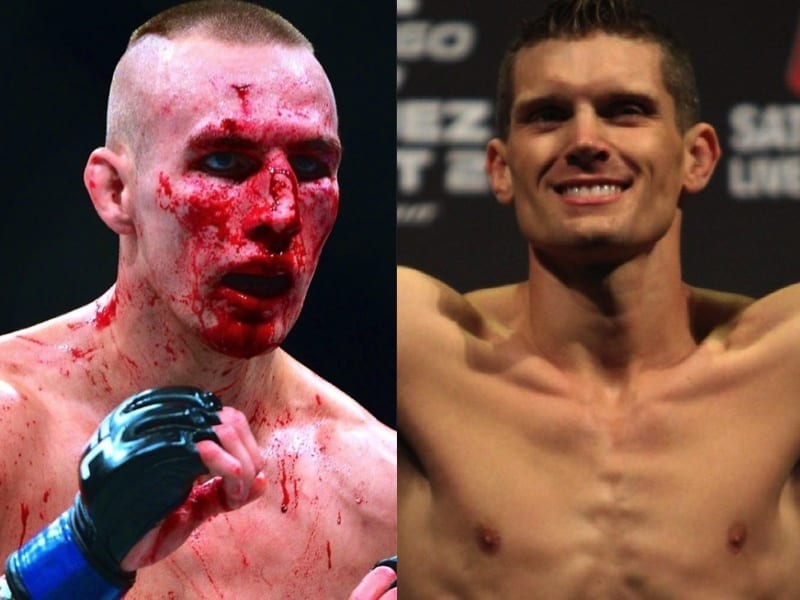 The main of event of the evening is headlined by No. 1-ranked Rory MacDonald and No. 2-ranked Stephen ‘Wonderboy’ Thompson for a possible shot at the 170-pound title.

MacDonald (18-3) is coming off a one-year-layoff from the sport after engaging in a bloody title bout brawl with Robbie Lawler back at UFC 189 last July.

The Tristar Gym product is an extremely well rounded mixed martial artist who shows some incredibly technical striking, and possessing a black belt in Brazilian jiu-jitsu under David Lea.

Thompson (12-1) is currently on a six-fight win streak since suffering his first career loss to Matt Brown in 2012, with his most recent victory saw ‘Wonderboy’ finishing former 170-pound champion Johnny Hendricks in their bout at UFC Fight Night 82.

‘Wonderboy’ is one of the UFC’s most dynamic and feared strikers due to his impressive kickboxing career, that included fifty-seven wins in route to an undefeated record.

Due to the undeniably elite striking level of both men, oddsmakers results have revealed to be scattered on who they believe will emerge victorious in the night’s main event.

UFC Fight Night 89 is live on FS1 tomorrow (June 18, 2016) and is headlined by a welterweight clash between Rory MacDonald and Stephen ‘Wonderboy’ Thompson.