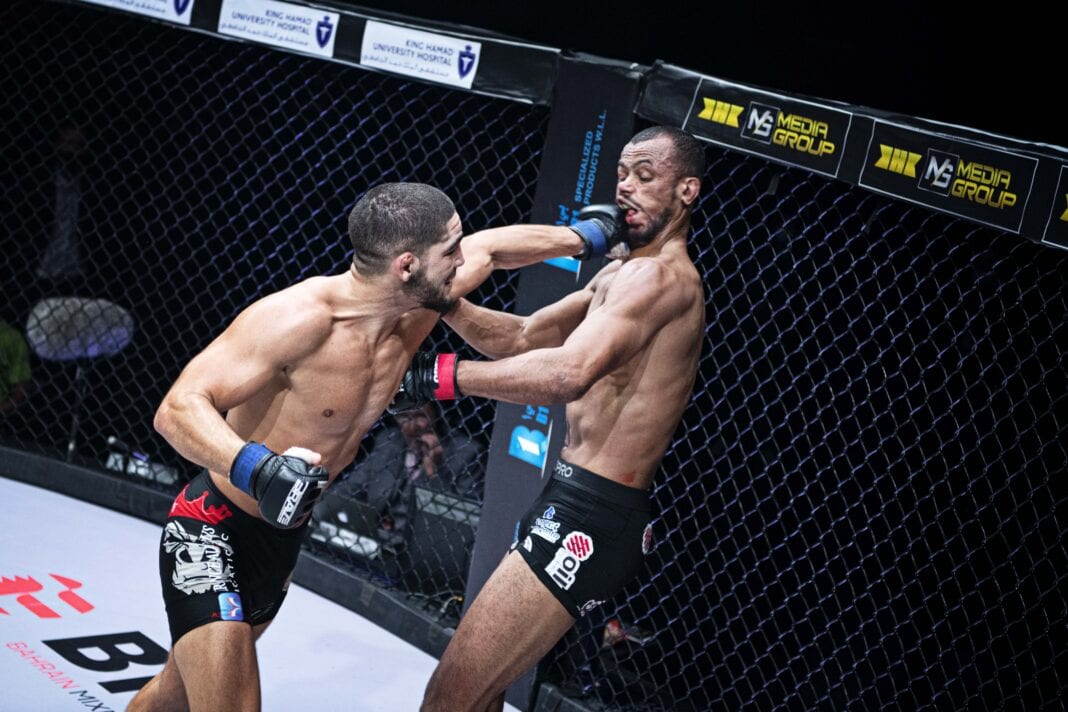 Coming into this bout, Silva was looking to break the curse of the BRAVE lightweight strap by becoming the first lightweight champion to defend the title after claiming it.

However, right from the opening round, Ayoub took control of the contest. The French-Tunisian’s grappling almost netted him a submission victory in the opening stanza, but Silva was able to see the round out.

Ayoub continued to gain the upper hand as the contest continued and almost won the fight in the third after delivering a series of brutal shots right before the bell sounded. He then finished what he started in the fourth, stopping Silva with little trouble to capture the lightweight strap.

In the co-main event, France’s Abdoul Abdouraguimov put on a wrestling clinic, submitting Louis Glismann with ease with less than three minutes gone on the clock. The former welterweight champion made a strong case that he deserves his trilogy bout the divisions’ reigning king Jarrah Al Silawi.

The two men hold a win apiece, with both previous bouts being title fights. A third meeting between the pair now looks to be on the cards.

Former UFC fighter Rolando Dy racked up his second straight win under the BRAVE banner after outpointing John Brewin in their lightweight matchup.

Here are the full results from today’s event.