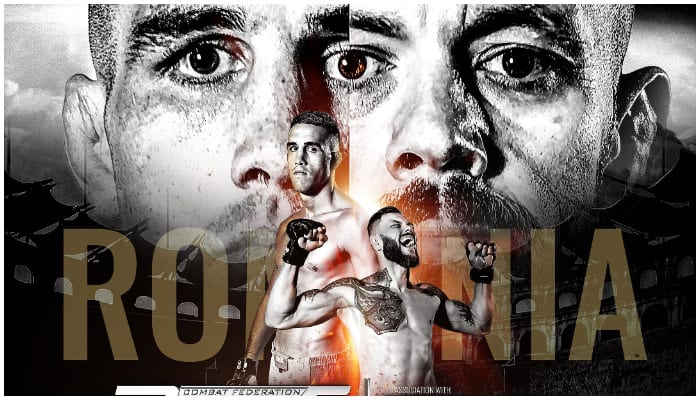 This event will be the first that time that BRAVE CF has touched down in continental Europe. The card was initially slated to take place in the Philippines until circumstances forced a change of locations.The Bahrain-based promotion has said they will be returning to the South East Asian country in the future, but for now, the Philippine’s loss is Romania’s gain.

Monday’s event will be a collaborative affair with BRAVE CF partnering with local based MMA promotion RXF. BRAVE CF has a history with teaming up with local promoters to facilitate the growth of MMA in new regions.

The BRAVE matchmakers have put together a selection of bouts that should provide fans with plenty of action.The main event bout between New Zealand’s John Brewin and Polish slugger Maciej Gierszewki is shaping up to be a pivotal contest in the lightweight division. Both men come into this bout on the back of victories over Ireland’s Cian Cowley.

Gierszewki has five wins to his name, all coming via way of knockout. The Pole sent Cowley to the canvas at BRAVE 24 and will be looking to do the same against Brewin. All of Gierszewki’s losses have come via submission, and he has only gone past the opening round once in his nine bout career.

In Brewin, he will be facing a tough Kiwi fighter who has serious knockout power, plus an impressive ground game. The Bali MMA trained athlete has more tools at his disposal than Gierszewki when it comes to finding ways to get the win, and will be looking to cement himself as one of the divisions best fighters with a win this week. This bout should be an explosive encounter between two men gunning for a title shot.

The co-main event features undefeated Frenchman Benoit St-Denis taking on Poland’s Pawel Kielek. While both men are only 23-years of age, Kielek has had almost three times the number of fights as St-Denis. However, the Pole has alternated between wins and losses in recent years as opposed to St-Denis, who is looking like a solid prospect.

The Parisian based fighter only turned pro this year and has already racked up four straight victories. Kielek will be St-Denis’ most experienced opponent to date, and it will be interesting to see how he handles his upcoming test.