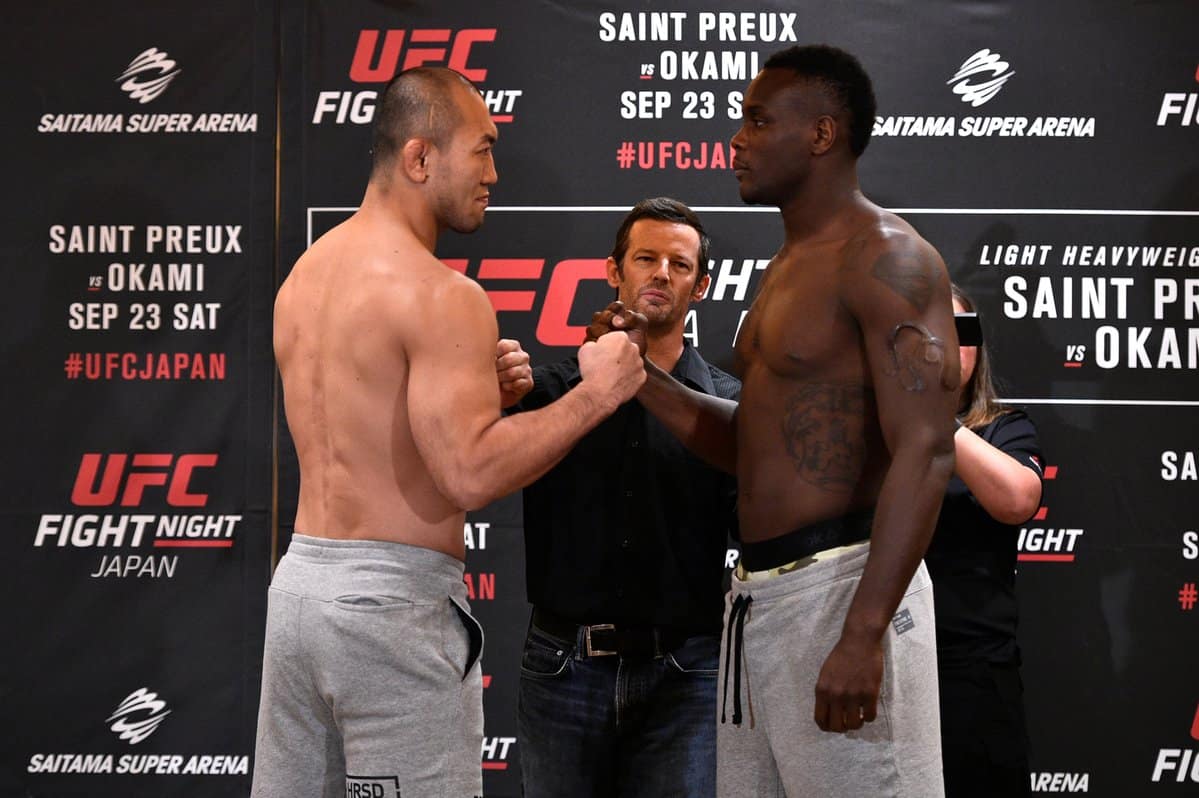 UFC Fight Night 117 is here, and it goes down tonight (Friday, September 22, 2017) from the Saitama Super Arena in Saitama, Japan. The event will be the fifth that the promotion has hosted in Saitama, and first since UFC Fight Night: Barnett vs. Nelson in September 2015. The preliminary card will air on FXX at 8 p.m. ET. The six bout main card airs on FXX at 10 p.m. ET.

According to oddsmakers, St. Preux is a -550 favorite over Okami, who is a +425 underdog. Other odds for the main card include Takanori Gomi being a +300 underdog against Hyun Kim, who is a -360 favorite. Here are the full betting odds: