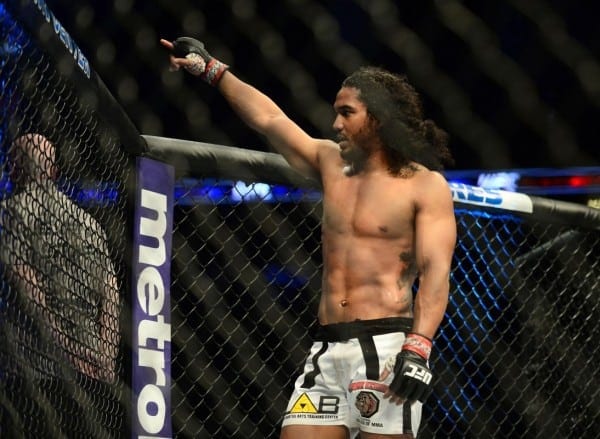 When news broke earlier today that returning former light heavyweight champion Quinton “Rampage” Jackson had been denied a spot on April 25’s UFC 186 pay-per-view (PPV) by a New Jersey Superior Court, the promotion was left scrambling to fill up a card that was quickly rivaling UFC 177 as the worst pay event in history.

Enter former lightweight champion Benson Henderson, who already stepped up on short notice to save an event when he beat welterweight Brandon Thatch at February 14’s UFC Fight Night 61 from Broomfield, Colorado. When “Smooth” got wind of Rampage’s removal, he took to Twitter to issue an open challenge to anyone willing to meet him at 170 pounds.

When he did, he was met with a positive response from none other than Jorge Masvidal, the lightweight veteran who was originally set to face Henderson in the UFC Fight Night 63 co-main event last weekend. Instead, “Gamebred’ famously lost a controversial split decision to brash up-and-comer Al Iaquinta that has now been beat to death, and apparently he’s now ready to make up for lost time and face Henderson at 170 on short notice:

Hey @ufc looks like u guys need some help for #UFC186…I can make 170lbs by then, any takers??? #OpenCall #TheOnceAndFutureKing

It wouldn’t be such a stretch for Masvidal, who barely missed weight by 0.5 pounds last weekend. But he came to the weigh-ins in a rubber sweat suit and could be finding it harder and harder to make lightweight as he gets older.

In any case, Henderson vs. Masvidal would be a high-profile match-up on a card that is sorely lacking them, and both fighters have a lot to prove after recent disappointments have them a long distance away from where they truly want to be in the crowded division.

Is this a fight you want to see in Quebec?