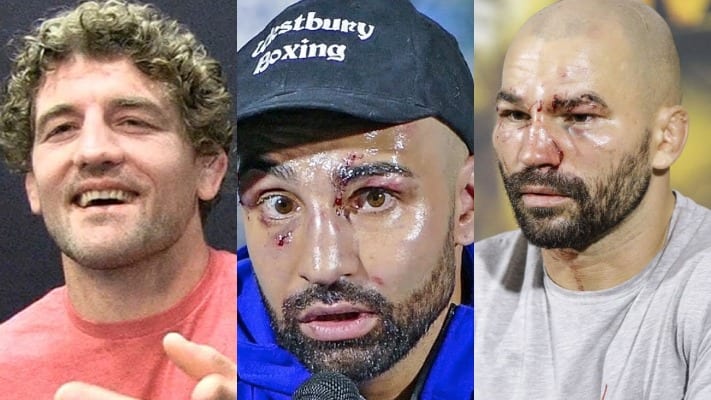 Everyone is talking about Artem Lobov’s Bare-Knuckle FC (BKFC) 6 victory over Paulie Malignaggi.

Even UFC welterweight Ben Askren has commented on the bout. Speaking on Periscope this week, Askren downplayed Lobov’s accomplishments as a mixed martial artist. He also acknowledged that Malignaggi is a former World Champion boxer, which would usually make the victory more impressive.

However, Askren believes that simply proves “people who box must just not be that good at boxing” (via BJPenn.com):

“Or had great hands but couldn’t deal with the kicks. It wasn’t anything like that. It was like he was a very average mixed martial artist. Average, that might even be getting a little too much. So how can a guy like that, who’s not even great at standup in mixed martial arts, go to beat a guy who was a world champion in boxing?

“And the answer to me seems that people who box must just not be that good at boxing.”

Askren will return to the Octagon at UFC 239 on pay-per-view (PPV). He’ll be taking on Jorge Masvidal in what is likely a No. 1-contender match. Current welterweight champion Kamaru Usman is targeting a late 2019 return to action.

Usman and Askren have some personal issues with each other, so expect “The Nigerian Nightmare” to be rooting for “Funky” come July 6.