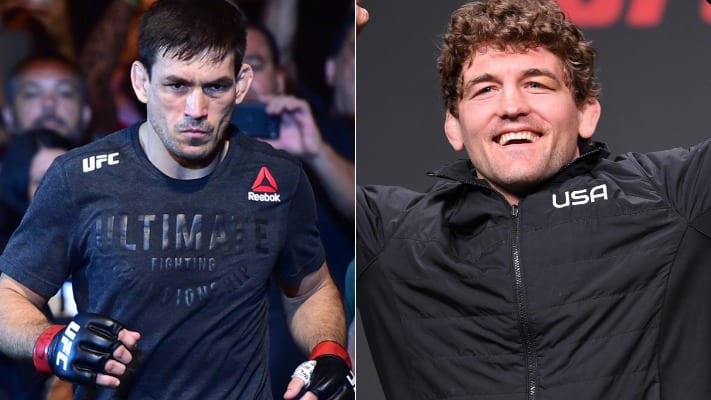 It was reported late last month that the UFC was looking into booking Askren and Maia for September. However, Maia was recently answering questions on Twitter and was asked who the most challenging grappler he has ever faced in his career was. Maia responded by teasing that challenge may be next for him in Ben Askren.

“That’s tough, so many different and good challenges. Maybe the biggest challenge is yet to come in @Benaskren if we do compete?”

This caught the attention of Askren, who responded by saying he’s down to meet Maia inside the Octagon next at UFC Singapore on October 26.

Maia responded to Askren by saying if that date works for everyone involved he’d be happy to fight “Funky” in Singapore.

“If that’s good for the @ufc , and for you as well, I would be happy to compete with you on that date. It is a intriguing challenge and I’m up for it! As a grappler it’s the kind of challenge that motivates me. It’s truly up to them.”

What do you think about Askren and Maia competing against each other?