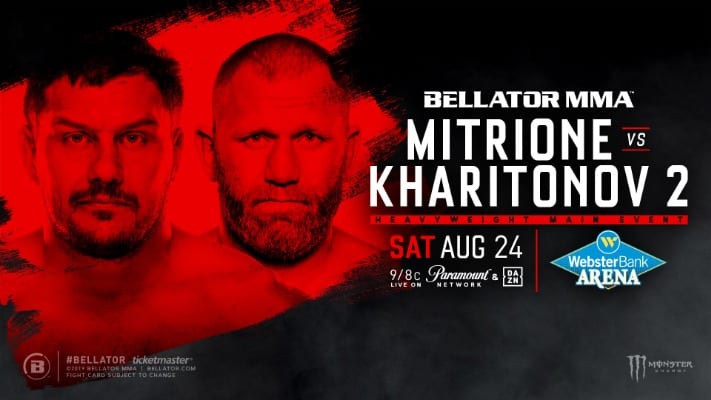 It has been announced that Jay Ayala is pulled from his co-main event meeting against Vitaly Minakov. Instead, Tim Johnson will step in tonight. Johnson was to fight Azunna Anyanwu on the preliminary card, but due to the shuffling of events, Anyanwu will no longer be competing.

A Bellator official provided LowKickMMA with the following statement on the matter.

“He [Ayala] was removed from the card on the advice of the Connecticut Boxing Commission. Azunna is not getting a new opponent, but he will be booked in the future and was compensated for this event.”

“Crazy chains of events. I won’t be Competing tonight. My opponent was moved to the Co-main event. I’ll be fighting soon for @BellatorMMA this fall…. We already got a Jump start…. Thanks to @BellatorMMA for the opportunity. Thanks to my Coaches,Sponsors & Supporters.”

Johnson is a former UFC veteran who comes off a knockout loss to Cheick Kongo in his Bellator debut this past October. Coincidentally, Minakov also comes off a loss to Kongo, via unanimous decision back in February. The defeat marked the first of his career. Ayala was looking to keep the hype train rolling after a submission win over Frank Mir in December.

What do you think about Johnson stepping in against Minakov at the last second?