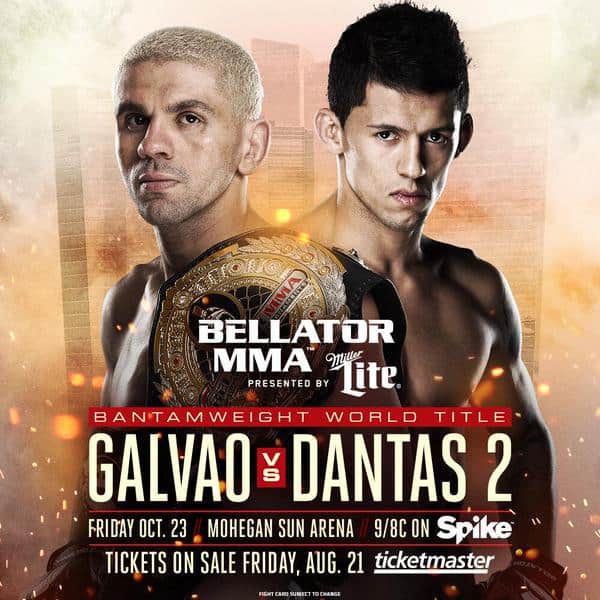 Bellator officials confirmed on Wednesday morning that Eduardo Dantas (17-4 MMA, 7-1 BMMA) has suffered an injury, and his rematch with reigning champion Marcos Galvao (17-6-1 MMA, 9-2 BMMA) at Bellator 144 has been postponed.

MMAFighting.com is reporting that Bellator offered former champion Joe Warren a rematch against Galvao on short notice that would see Galvao defend the championship against Warren, who just fought at Bellator 143.

The deal isn’t finalized yet, but both parties have verbally agreed to fight each other.

If this fight does not work out, Bellator MMA would still be alright as far as a main event goes. Brandon Halsey vs. Rafael Carvalho for the vacant middleweight title was originally slated as the co-main event of Bellator 144 and could be installed as the main event.

As of this writing, this is how the card looks:

Bellator is expected to make an official statement/announcement in regards to this situation and how Bellator 144 will be as far as the main event goes shortly.