LowKickMMA.com
Home Bellator News Bellator 136: In Focus With Will Brooks 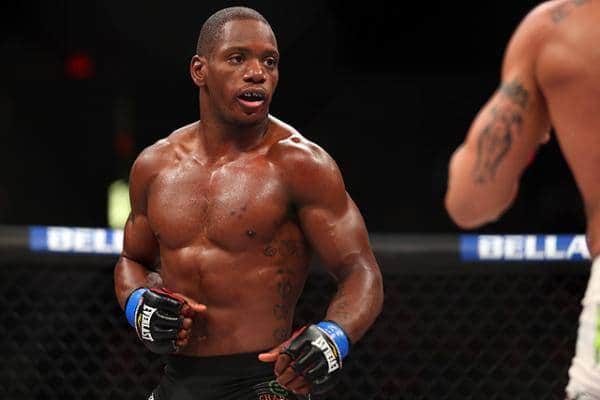 Bellator 136 is set to go down this Friday night (April 10, 2015) from the Bren Events Center in Irvine, California presented live on Spike TV. The card is being headlined by a lightweight title fight as reigning champion Will Brooks puts his Bellator gold on the line against Dave Jansen.

In the co-main event of the evening decorated kickboxer Joe Schilling will look to score his second win in the Bellator cage as he takes on the more experienced Rafael Carvalho.

Also on the main card, Marcin Held meets Alexander Sarnavskiy in a lightweight feature fight, while Alexander Volkov and Tony Johnson will clash in a heavyweight bout to open up the main card.

Although it is a very solid card from top to bottom, all eyes will be on the entertaining Brooks and the main event. “Ill Will” only has one loss in his Bellator career and is one of the bigger names on the roster. He initially stole the title at Bellator 120 back in May 2014 when he scored a split-decision win over then champion Michael Chandler.

Brooks then defended his belt for the first and only time to date in a rematch against Chandler at Bellator 131 last November, where he solidified himself as a champion, scoring a fourth-round TKO victory. “Ill Will” will now look to move on from Chandler and take on the rest of the lightweight division starting this Friday.

As you await this week’s fights, check out the Bellator: In Focus video below centered around Brooks. Follow the champion through his struggles and the lifestyle he has made in order to become the promotions top 155-pounder:

Can Brooks defend his title for a second time this Friday and continue his reign as champion?