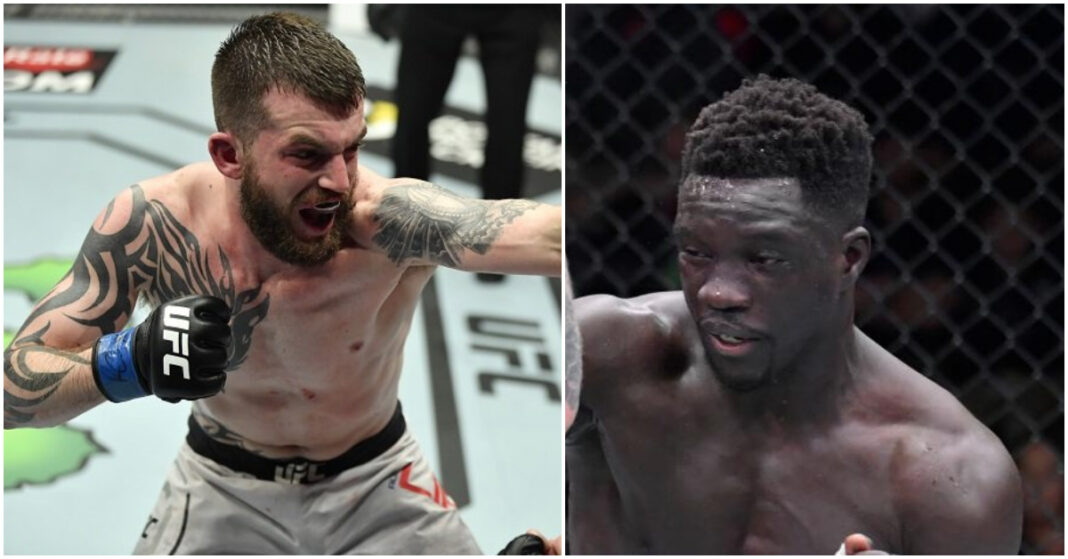 UFC featherweight Austin Lingo has revealed his upcoming bout against David Onama to be the last fight on his UFC contract.

Lingo will take on Onama this July 9 at UFC on ESPN: Dos Anjos vs. Fiziev. Both fighters will go into the match looking to separate their records by a win as they share their current standing of nine wins and a loss.

In a recent interview with LowKick MMA, Austin Lingo talked about how he sees the matchup against Onama to play out. ‘Lights Out’ does not believe the fight will go the distance and is confident in his finishing abilities.

When suggested by interviewer James Lynch about the fight not going to the judges’ scorecards for decision, Lingo responded affirmatively, “I do, definitely,” Lingo added. “It’s going to be a good fight because he likes standing there in the pocket. It could go either way.”

David Onama has proven to be a tough competitor inside the cage. In his recent contests, Onama has shown his durability as he survived heavy onslaughts from his opponents.

“I’ve never seen him get hit with some of the things that I can throw. I’m not too worried.”

This will be a high-stakes matchup for Lingo as he goes into the last fight on his current deal. A loss would likely eliminate him from the UFC roster whereas a definitive win can help get him a new contract.

“This is the last fight on my contract, so I’m all in,” Lingo said. “I know it’s going to be a banger either way. It’s going to be a good fight. I think the UFC is going to keep me just because I throw down and put on a show.”

Lingo talked about how he feels confident in his future with the promotion. The 27-year-old claims his fan-friendly style of striking will give him an advantage over someone who uses a wrestling-heavy approach to be the potentially better fighter.

“I’m trying to get at least three fights a year man. I hate waiting a year to fight, it’s crazy. or six months even, seven months between fights. That sucks, the layoff.”

Do you think Austin Lingo will get the finish over David Onama?