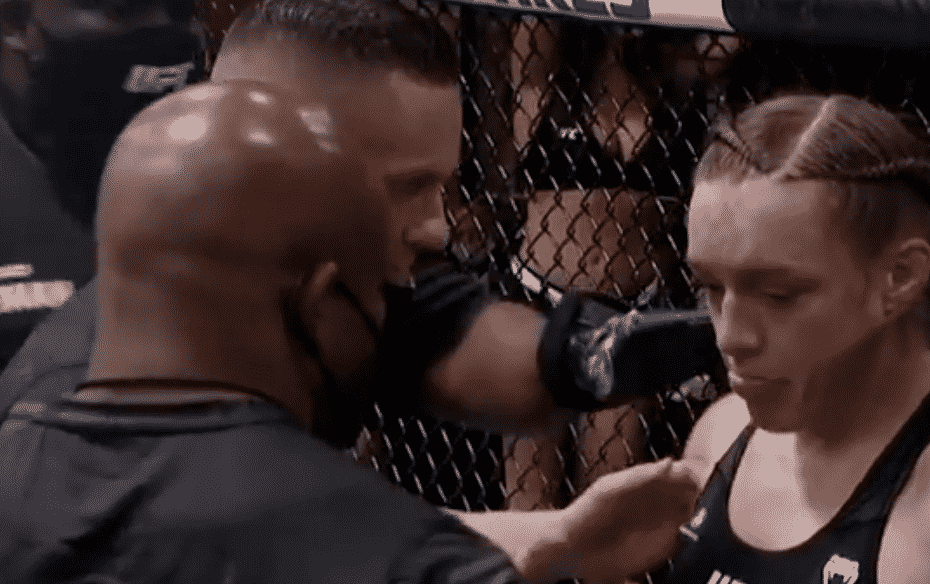 However, it was a borefest with little to no action. So much so that the biggest talking point was during the corner talk when West questioned what Ladd was doing by not fighting.

While Ladd did step it up a bit in the fourth round, it wasn’t enough and when she went back to her corner again, it almost appeared as if she was about to cry when West laid it on her.

In the end, Ladd couldn’t turn it around as she was comfortably outpointed while West received plenty of criticism online for being too harsh on his fighter.

He has since apologized.

“Tonight was not our night,” West wrote in a statement on Instagram. “It’s been our night many many times at the highest level but not tonight. I blame myself. Though it may not be my fault. it’s not up for debate. I take all the blame.

“Yes after the first couple rounds I may have been a little harsh but I know aspen and at that time technical conversation was not in the cards being down 3 rounds. Nonetheless I own it and I am sorry @aspenladd from the bottom of my heart [sic] I will continue to be better each time.”

Ladd didn’t comment on the cornering but released her own statement.

“Not my night,” Ladd wrote on Instagram. “Congrats to my opponent. We will be back better. In the mean time I finally got to get back in there after nearly 2 years. Now it’s time to take a step back, take a breath, and get back to fighting and feeling like myself again. On to the next.”