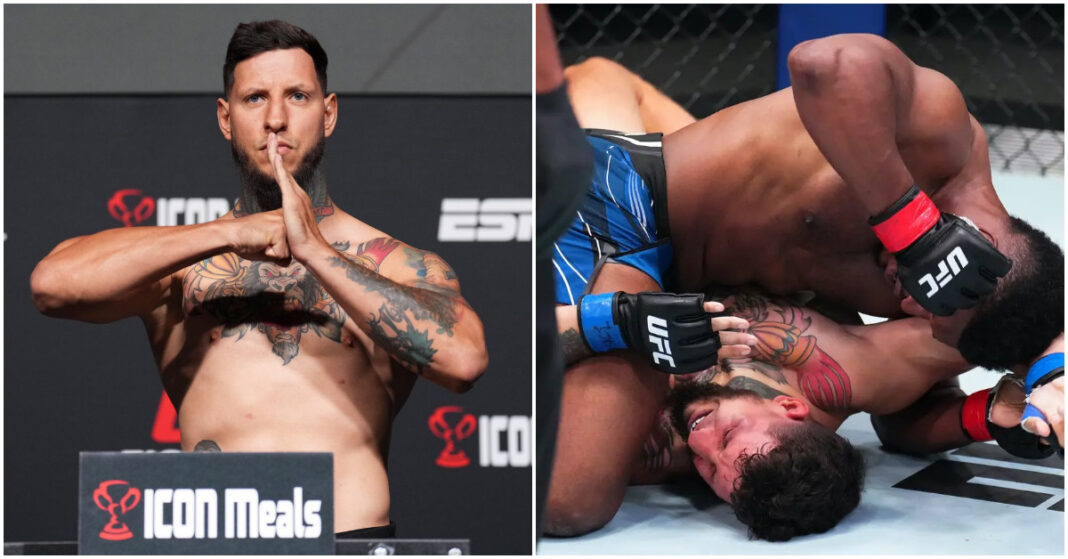 Askar Mozharov, who made his debut in the UFC earlier this month, has already been cut from the promotion.

The ‘Ukrainian Conor McGregor,’ Askar Mozharov, finally got his big shot in the UFC against Alonzo Menifield at UFC Fight Night 207. Menifield would go on to finish Mozharov in the first round by TKO. His brutal elbows secured the win just 20 seconds away from the buzzer in the opening round.

It wasn’t the performance itself that captured the imagination of many, but the ever-changing record of the 27-year-old Ukrainian that did. Mozharov entered the bout with a record of 25 wins to 7 losses. However, by the time he stepped inside the octagon, his record had changed twice ultimately to 19 wins and 12 losses before the fight.

Askar Mozharov Released By The UFC

During the build-up to his first showing in the UFC, Sherdog would conduct a thorough investigation of Mozharov’s fighting history. Their detailed report claimed that Mozharov and his team tried to defraud Sherdog’s Fight Finder staff.

A frustrated Menifield expressed his annoyance at the whole fiasco following his win. He was not happy with how Mozharov’s camp conducted their behavior professionally and spoke about his rival’s eventual failed tries at tampering with his record.

Mozharov: A Pack Of Lies

Following his release from the UFC, Askar Mozharov leaves the promotion with a professional MMA record of 18-13 including UFC Vegas 56. Sherdog had shared more details behind the debacle. The well-respected fight database found out that Mozharov had legally changed his name from Arthur Shadakov.

While a change in legal name doesn’t warrant immediate red flags, it was his camp’s attempts to change his old losing fight record under the name Shadakov that has added fuel to the fire.

Sherdog also reported that Mozharov and his team worked on preventing the losses to show up on his record by claiming that he never participated in the events he lost at, contrary to the video evidence of him fighting and losing. Mozharov was also accused of trying to add non-existent wins to pad his record.

While there have been more innocuous cases that needed minor edits, Mozharov’s situation appears to have fraud written all over it. It’s a surprise he made it as far as he did to get to the UFC but Mozharov will likely never compete under another one of the biggest mixed martial arts promotions in the world.