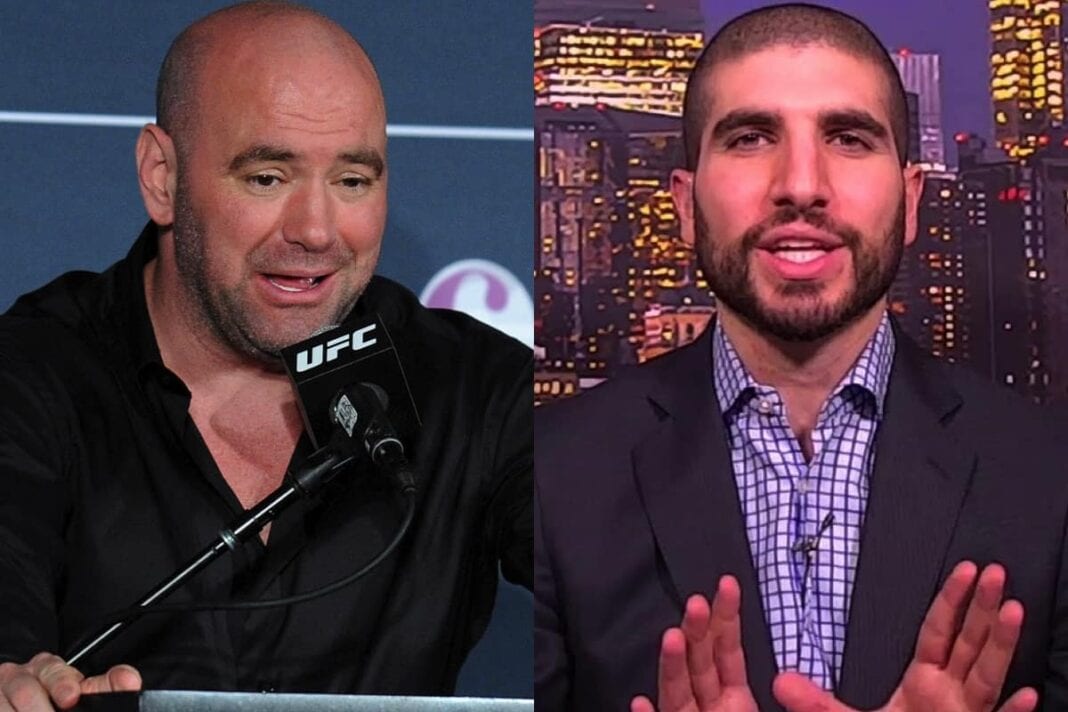 Former ESPN MMA reporter Ariel Helwani has been opening up about his exit from the company and other drama recently.

Since leaving them about a month ago and going independent, Helwani has been doing multiple interviews talking about his experience. On Monday, Helwani really let it fly with his appearance on “The Dan Le Batard Show”. He talked about his very rocky relationship with Dana White and how it has effected his career.

Helwani references an incident in 2016 when he got briefly banned from UFC events for breaking the news of Brock Lesnar’s return to early. He also shares how White tried to run him out when he signed with ESPN in 2018. (H/T sportingnews.com)

“From the moment it was made public that I was joining ESPN — unbeknownst to me on my life, on my kid’s life — I didn’t know when I was hired by ESPN, I didn’t know that they were in talks with the UFC. I had no idea. At the time, they really had, like, one MMA guy on the staff. And then if you recall — and you can go back and look — initially they signed them to a 10-card deal, ESPN+ only.

“And then I was like, ‘All right, they’re not the sole, exclusive broadcast partner. I can live with that.’ And then it became the whole freaking thing, and then I started to get nervous. So from the moment it was made public in mid-May that I was going to ESPN and, at that time, it had already been out that they had signed this deal with ESPN, the UFC did, Dana White tried to get me not even to make it to my first day.

Helwani did say that he had no hard feelings towards ESPN. However, he did admit that he was disappointed in his last contract offer from the company.

“For the record, they did give me an offer, and it was an offer that I think a lot of people covering MMA would be thrilled with,” Helwani said. “At the end of the day, there was an offer that I had to turn down. They could have easily said, ‘Thanks for your time. Let’s just go our separate ways.’ But they did give me an offer. It was not an offer that I felt was fair or that was what I was looking for or even reflective of the work that I had done for the past three years. I was 100 percent disappointed by the offer. It was not what I was expecting.”

You can watch the full interview with Helwani below.

What do you think of Ariel Helwani and his recent admissions about his time at ESPN?