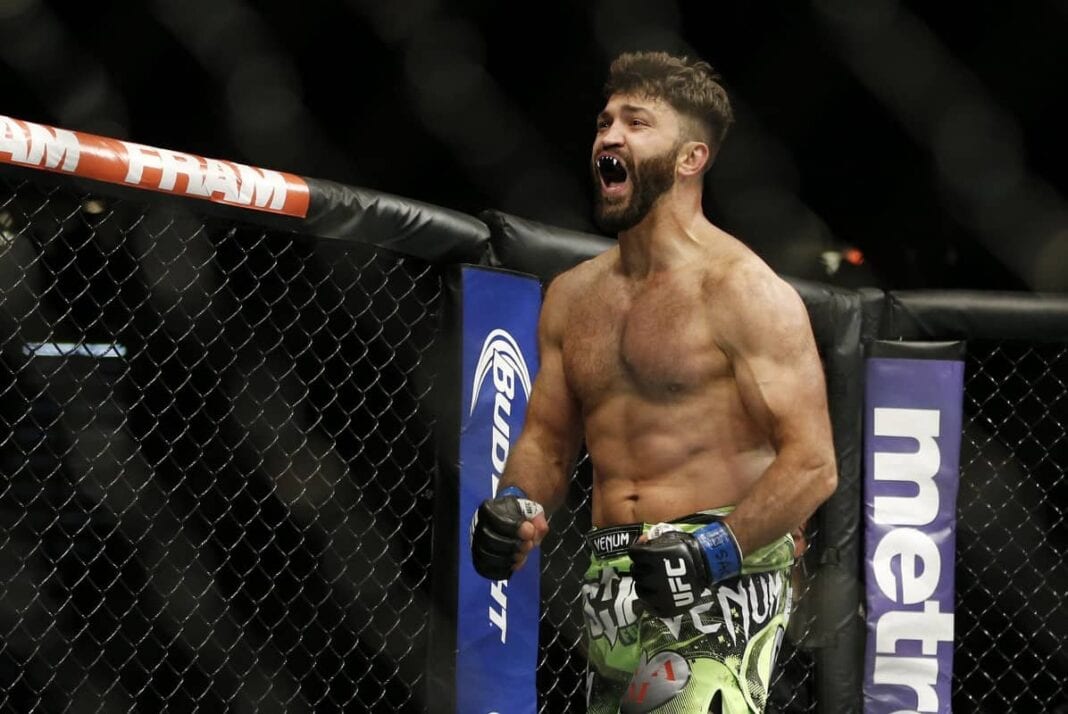 Earlier today (Wed., Dec. 14, 2016), it was announced that Colorado native Donald “Cowboy” Cerrone would be taking on Jorge Masvidal at January 28’s UFC on FOX 23 from The Pepsi Center in Denver, Colorado. Now, an intriguing heavyweight battle has also been confirmed for the card.

It was announced on tonight’s edition of the UFC Tonight that No. 8-ranked former champion Andrei “Pitbull” Arlovski will square off No. 12-ranked rising prospect Francis Ngannou next month.

Arlovski returned to the UFC in 2014 and rattled off four straight victories, but he’s hit some rough times as of late, as he’s dropped his last three bouts including losses to current champion Stipe Miocic, Alistair Overeem, and Josh Barnett.

Ngannou, on the other hand, possesses a 9-1 overall record and is currently 4-0 inside of the Octagon. “The Predator” owns UFC victories over Luis Henrique, Curtis Blaydes, Bojan Mihajlovic and he most recently submitted Anthony Hamilton earlier this month in Albany.

Will Arlovski get back to his winning ways or will this bout representing a passing of the torch to promote Ngannou from prospect to contender?