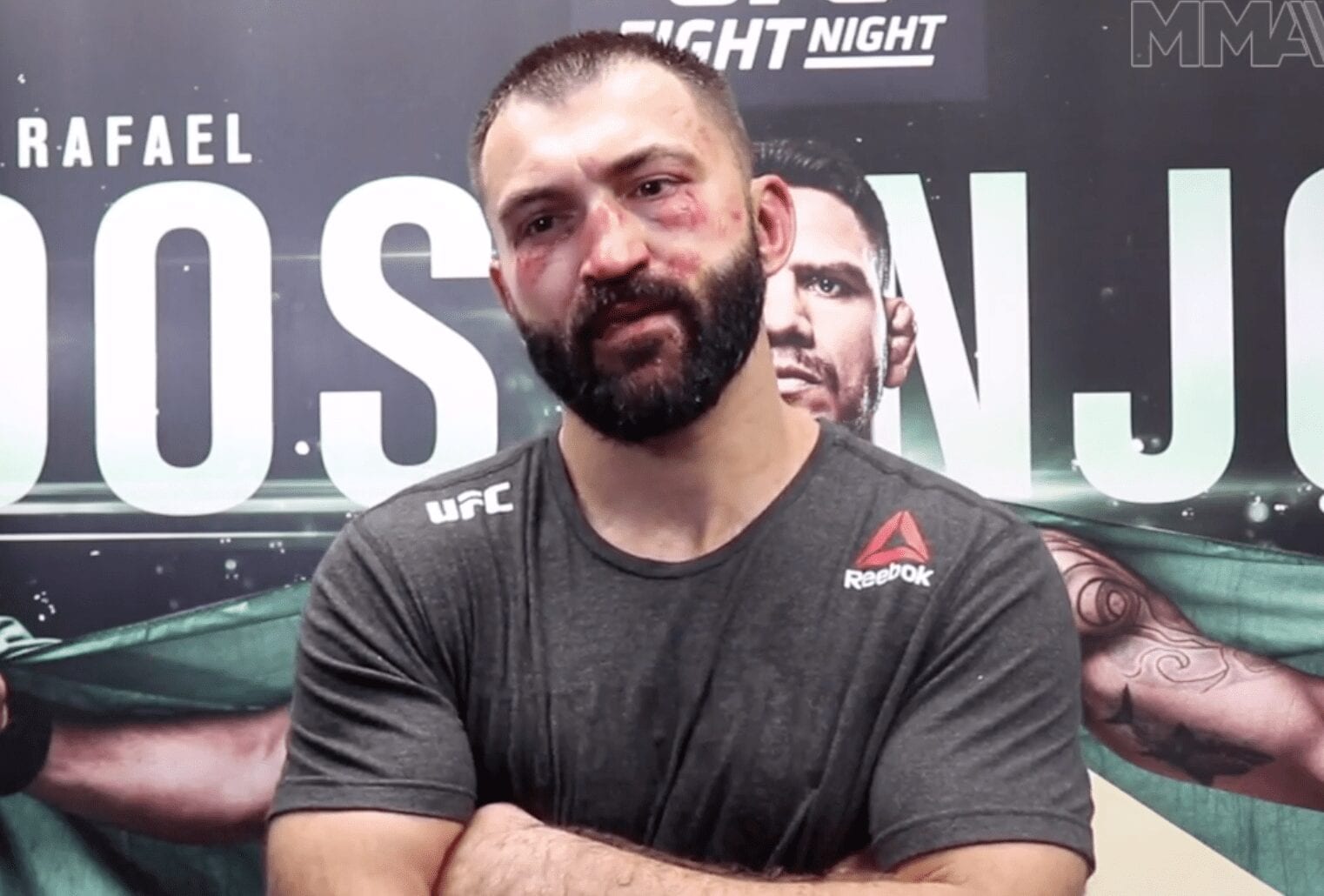 Former UFC heavyweight champion Andrei Arlovski got a pivotal win this past weekend — and the emotions may have gotten to his head a bit.

Arlovski ended a run of four fights without a win when he outclassed Ben Rothwell over three rounds in their heavyweight encounter on the main card of UFC San Antonio last night. In an emotional post-fight interview, “The Pit Bull” shed tears before sounding off on his critics who criticized his ability to take a punch:

“Once again I will tell everyone shut your (expletive) mouths about my ‘glass chin,’ so go f*ck yourself, fa**ots,” Arlovski said in an interview with MMA Junkie. “That’s it. I proved to everyone you’re f*cking wrong.”

He would later apologize on Sunday for his use of homophobic language in a statement to MMA Junkie:

“I apologize to anyone I offended with my poor choice of words,” Arlovski said. “I did not mean to offend any one group or person. I am deeply sorry and will not use these type of words in the future.”

The UFC was made aware and claimed they have already addressed the issue with Arlovski as well:

“UFC is aware of the recent remarks from heavyweight athlete Andrei Arlovski,” the promotion said in a statement. “The organization does not condone any disparaging comments regarding race, religion and/or sexual orientation.

“We have already addressed this issue directly with Andrei and his team. This is an ongoing priority for the organization, and there will be continued monitoring of these types of situations moving forward.”