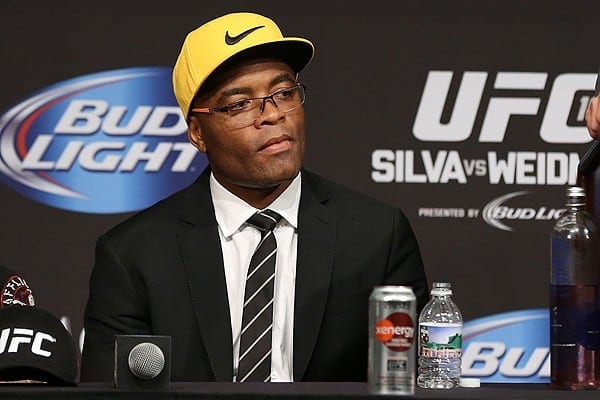 It has been a crazy 24 hours in the MMA community, after the biggest drug bust ever surfaced late last night. Former UFC middleweight champion Anderson Silva was popped during a January 9th drug test for anabolic steroids, the results of which were made public days after his UFC 183 win over Nick Diaz. Ring any bells?

Well Silva’s doctor, Marcio Tannure, has spoken with MMAFighting.com to discuss what “The Spider” told him:

“Anderson told me he’s disappointed, upset because he didn’t use steroids. He will ask for the confirmation test because he believes the only explanation is a contamination or a mistake from the lab. He told me: ‘I have an impeccable career history and I wouldn’t want to tarnish my image.'”

“It’s too soon to judge. He has the right to a confirmation test and two other results. The Nevada Athletic Commission hasn’t talked yet, and the press is already judging him. The process isn’t over yet. If the whole process was already over, he would have already been suspended.”

You may remember Dr. Tannure’s name, as he was involved with fellow Brazilian Antonio Silva in the past, more specifically when “Bigfoot” got popped for elevated testosterone levels. So what do you make of this argument from Silva? It would seem an extremely foolhardy move by the most well known fighter in the UFC.

“The Spider” also spoke up for the first time himself on the matter per Ariel Helwani, saying basically the same as his doctor:

“I’ve been competing in this sport for a very long time.  This is my nineteenth fight in the UFC.  I have been thoroughly tested many times and have never had a positive drug test.

“I have not taken any performance-enhancing drugs.  My stance on drugs is, and will always be, the same.  I’m an advocate for a clean sport.

“I’m consulting with my advisors right now to explore all of my options and intend to fight this allegation and clear my name.  I will not make any further comments until my team advises me to do so.”

Also be sure to check out the Anderson Silva drug test sheet from 9/1: