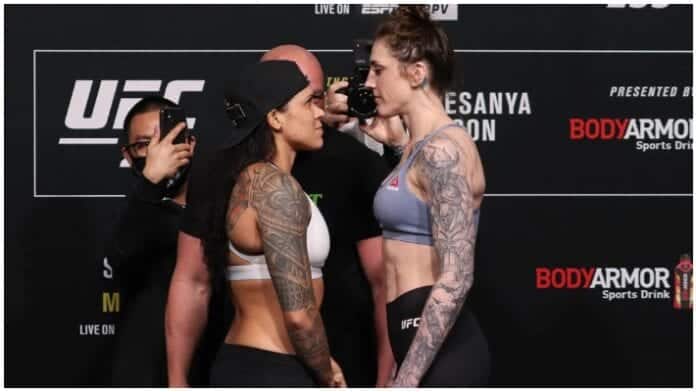 In the UFC 259 co-main event Amanda Nunes looks to defend her featherweight title against Megan Anderson.

Round 1: Megan Anderson is pushing forward early. Amanda Nunes lands the first shot of the fight – a low-leg kick. The double champ shoots in but is shook off. Nunes lands a huge punch. Anderson eats it. ‘The Lioness’ lands another big punch. Anderson is wobbly now. Nunes is swarming her opponent on the floor. Lot’s of ground strikes. Nunes begins attacking for a submission. She locks up a triangle choke and begins cranking on the arm too. Anderson is forced to tap.

OFFICIAL RESULT: Amanda Nunes def. Megan Anderson via submission in round one.