LowKickMMA.com
Home Other Alistair Overeem Withdraws From Glory Title Fight Due To Injury 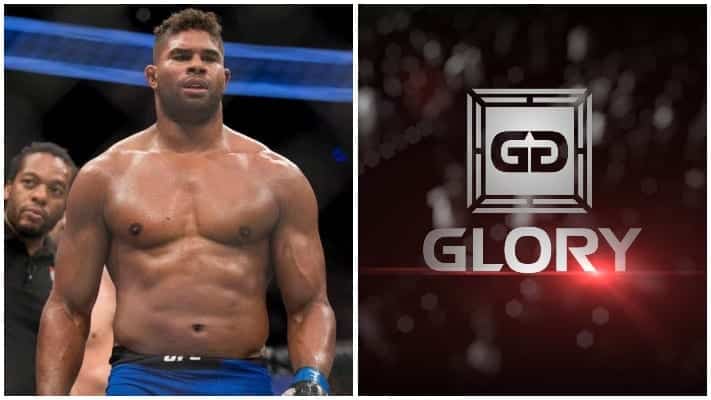 Alistair Overeem’s return to Glory has been postponed until 2022.

Overeem was set to face Rico Verhoeven at “GLORY: Collision 3” on October 23 before an injury forced him to announce his withdrawal from the fight earlier today.

“To the fans.. I deeply regret that I have to pull out of the fight against Rico Verhoeven Oct 23th.I’ve never pulled out a fight before and trust me, this decision was hard to make. I’ve been dealing with the injury for over a month. Two days before the press conference, a couple of weeks ago, I wasn’t even able to walk straight. After some treatment I felt much better. And since I’ve never been a quitter, I wasn’t going to quit now. I went back in camp. But… the injury got worse again and I could not even fulfill a complete training session. Yesterday my coaches, my medical team and myself had to make the decision to pull out. Oct 23 I was suppose to give the fans a show! I wanted to make sure that everybody in the arena and the ones at home watching, got what they came for; an entertaining high level fight. Even if I was at 90% now, or 80% maybe even, I would have gotten into that ring. But I’m at 40% and that’s not enough. Fighters get out there. We train hard, work hard. There’s a lot at stake. Our sport can get you injured. Not only in the ring, but unfortunately also in preparation. I hope to get some understanding from you guys. Will be back soon! Alistair @glorykickboxing.”

Overeem hasn’t competed in kickboxing since scoring a TKO win over Peter Aerts in the 2010 K-1 Grand Prix Final. The 41-year-old was recently released by the UFC, triggering his return to the sport that helped build him into the combat sports superstar he is today.

Are you disappointed to hear Alistair Overeem’s return to kickboxing has been delayed?