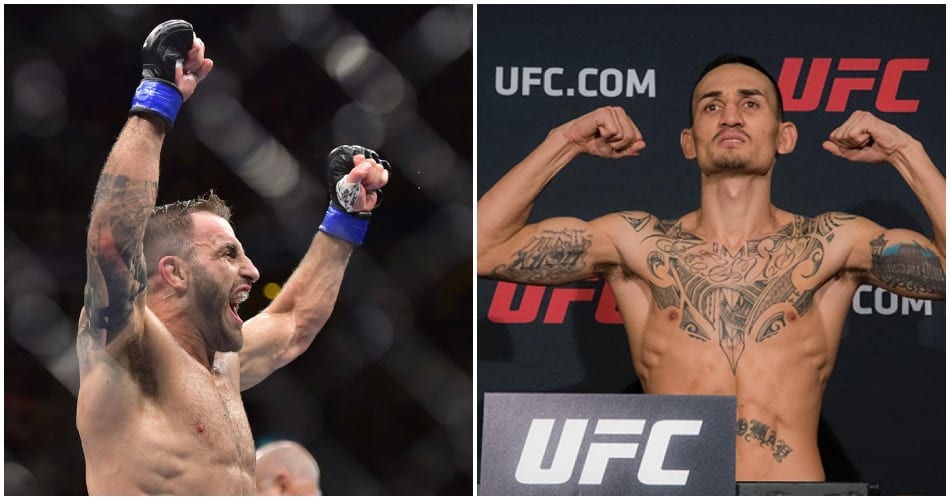 Alexander Volkanovski is confident he can beat Max Holloway, as he believes he’s a bad matchup for the featherweight champion.

Unless something crazy happens, Volkanovski is ideally next in line for a shot at the 145-pound title. Despite recent wins over Chad Mendes and Jose Aldo, the Aussie was skipped over for Frankie Edgar. Edgar will now look to dethrone Holloway in the main event of UFC 240 which takes place July 27.

Should Holloway emerge victorious, however, he will likely defend his title against Volkanovski next. The Hawaiian is undefeated in his last 13 fights at featherweight and is yet to be challenged in the weight class. However, Volkanovski believes he presents problems for “Blessed”:

“I just still fight my fight,” Volkanovski said when asked how he’d beat Holloway on The MMA Hour. “Look, he’s a gamer, he comes forward, he does a lot of the work for me. That’s why I’m a bad matchup for him, I really do believe that.

While Holloway is undefeated at featherweight since 2013, his most recent outing was a unanimous decision defeat to Dustin Poirier in their interim lightweight title fight at UFC 236 in April. Many expected him to emerge triumphant in that fight, but the Aussie believes it’s good that people now realize he’s not unbeatable:

“I always knew that he could be beat,” Volkanovski added. “I always knew that I was a bad matchup for him. It was probably better for everyone else to realize that he’s not invincible, everyone thought he was just unstoppable, which I don’t blame them, obviously he’s looked really good, much respect to him.

“But at the same time, I knew he wasn’t invincible, that just showed and let’s be realistic, I’ve got cardio for days and I will not gas and I will be powerful the whole time, so I’m a very, very bad matchup for him I believe.”