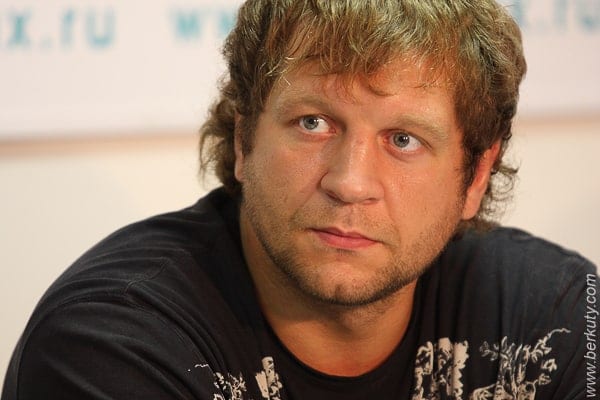 Emelianenko took on Gabriel Gonzaga in his native Russia on Friday (May 4, 2018), and overcame early adversity to score a knockout in the second round.

Gonzaga was working his top game on a grounded Emelianenko for most of the first frame, but a flurry of punches followed by a knee put the UFC veteran away a round later.

This was Gonzaga’s first fight since leaving the UFC following a knockout loss to Derrick “The Black Beast” Lewis in 2016.

The elder Emelianenko brother has now rattled off a four-fight win streak since returning to competition last year after his release from prison.

Both Emelianenko brothers made their name in Japan’s Pride FC promotion, with Aleks scoring brutal knockouts over James Thompson and Sergei Kharitonov.

Would you like to see Alexander Emelianenko signed to a major promotion?

Perhaps Scott Coker will consider bringing him into Bellator, where fights with Roy “Big Country” Nelson and Mir, and potential rematches with Mirko Cro Cop and Kharitonov could await him.