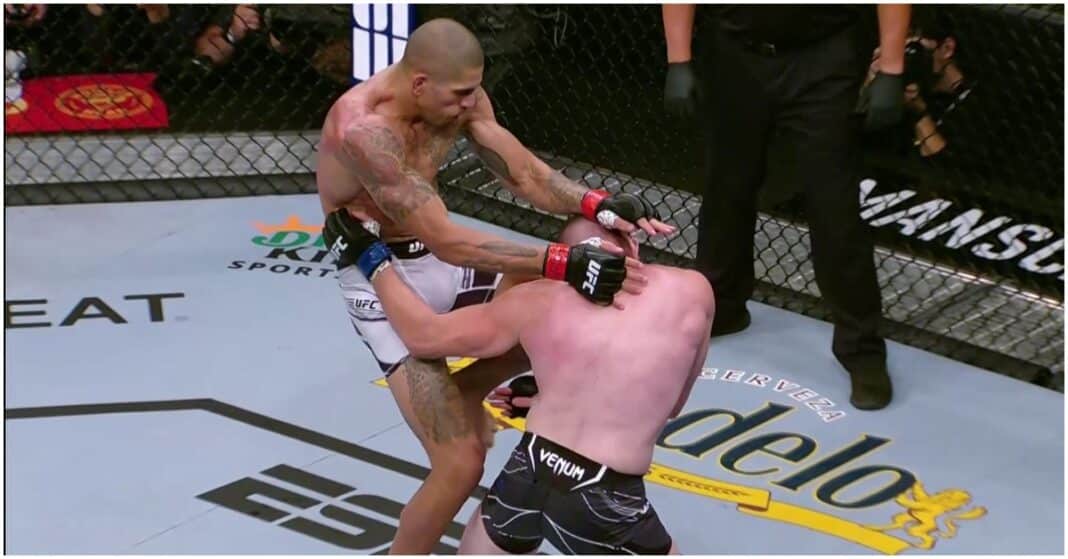 What a spectacular finish for former GLORY Kickboxing light heavyweight champion, Alex Pereira who makes his UFC debut in splendid fashion courtesy of a stunning second round flying knee knockout win over Andreas Michailidies in the featured preliminary bout of UFC 268.

Struggling with the wrestling of Michailidis early in the opening frame, Pereira was taken down at the first attempt from the Greece native — before spending the majority of the remaining four minutes of the first round trapped in the clinch as Michailidis tied up at the fence.

Seeing a second round, Pereira launched with a staggering flying knee inside just 15-seconds of the opening frame, catching Michailidis flush — before landing a couple more strikes before referee, Dan Miragliotta eventually stepped in and saved Michailidis from further punishment.

Below, catch the highlights from Pereira’s successful UFC victory.