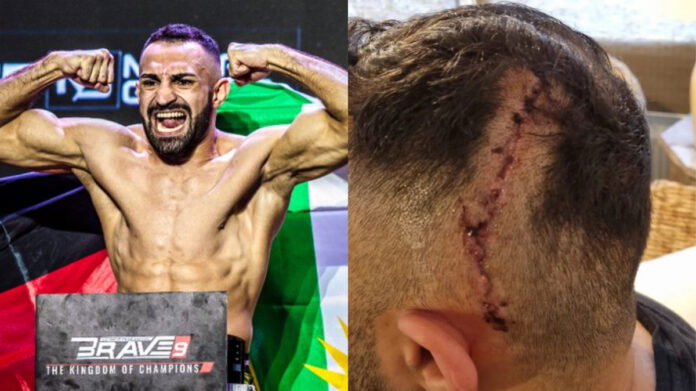 After a UFC opportunity didn’t go his way, Alan Omer left the promotion and got back on the regional scene where he’d go on a terrific run. Winning six fights in a row, before tragedy struck.

After an impressive finish at Bellator 248, Omer had routine check-ups done when the medical staff made a shocking discovery.

“It’s time for me to speak out after a long time of restraint. Sometimes life hits you with a big smash on your face, you have to accept and even appreciate it,” Alan Omer began, speaking on Instagram.

“It’s been hard time for me. In the peak of my life and my career, I have been diagnosed with a brain tumor. At a routine check for my Bellator Debut on September 2020, something abnormal has been spotted in my brain. I didn’t have any symptoms and first assumption was an edema. After long discussions I still got medical clearance to fight under the condition of complete clarification after the fight. Therefore, I am all the more proud of my performance and the sensational victory at that fight.”

“After the fight, I went to routine checks, nothing changed on the MRI,” Alan Omer continued. “2021 I planned my US debut at Bellator 258. What a great opportunity for me! But the American sports commission didn‘t clear me to fight. I needed to clarify what this abnormality is exactly.”

“At this point, I felt something is wrong and started to worry. Shortly after I received the shock of my life: I very likely have a brain tumor. A marathon of examinations started. A biopsy showed that in fact, it was a brain tumor, and not one of nice ones,” Omer revealed.

“In spring I had long surgery and the tumor has been removed to 100%. The surgery couldn’t have gone better. I’m in a very good health conditioning and even started to train again. All my life I was confronted with death, from start facing wars in Iraq and Yemen, throughout my sport – it‘s an extreme sport- until my diagnosis. Now in the second part of my life, I WILL FACE LIFE!” He declared.

“No matter how long we live, we are just a brief and certain period here. We should always appreciate our health, its the most valuable thing in life. Now I have to recover from my physical and emotional scars, but:

No doubt an incredible, motivating story, it’s no secret that Alan Omer’s life could be a movie. Are you excited to see this historic comeback?