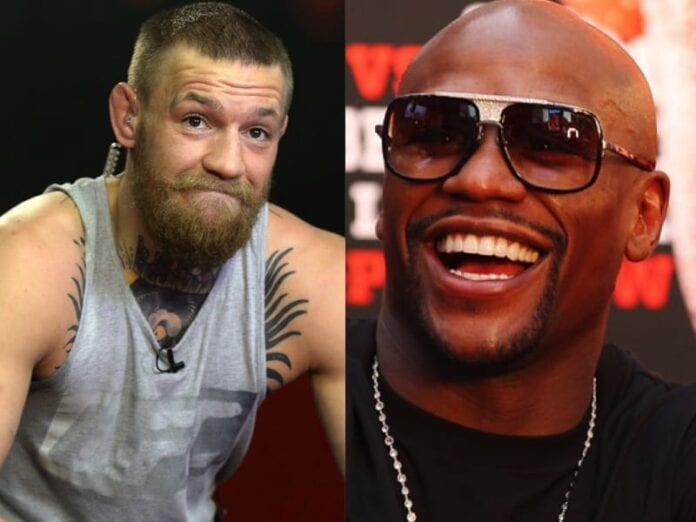 Conor McGregor continues to do his part of hyping up his rumored boxing match between the recently retired legend Floyd ‘Money’ Mayweather.

McGregor and Mayweather were rumored to be in negotiations for a potential ‘Boxing vs MMA’ bout, in which the Irishman would try his hand inside the squared circle against one of the greatest to ever lace up a pair of gloves.

Mayweather claimed responsibility for starting the rumors and has remained adamant on staying out of competition unless the big money bout with McGregor comes to fruition.

‘Money’ has also stated that he and his team have narrowed down a few potential venues to host the colossal boxing match.

McGregor has done his part in promoting the bout by showing off his abundance of boxing training, including a sparring session with boxing veteran Chris van Heerden:

What a Humble life Experience having the pleasure going Toe 2 Toe with The Biggest name in UFC @thenotoriousmma pic.twitter.com/d1FjNMyEUZ

‘Notorious’ also claimed that he owns boxing, and even Tweeted out a potential poster for his bout with Mayweather:

While McGregor is widely know for his stand-up game inside the Octagon, he will certainly be outside of his element if he steps inside the ring with Mayweather, who is widely considered one of the greatest defensive boxers of all time.

UFC President Dana White seems to be up for the bout, as he told Mayweather to call him if he was indeed serious about a possibly match-up with the Irish star.

Rumors of the bout continue to circulate across the headlines of combat-sports news outlets nationwide throughout the weeks, however no form of confirmation has come from either McGregor or Mayweather as of this writing.