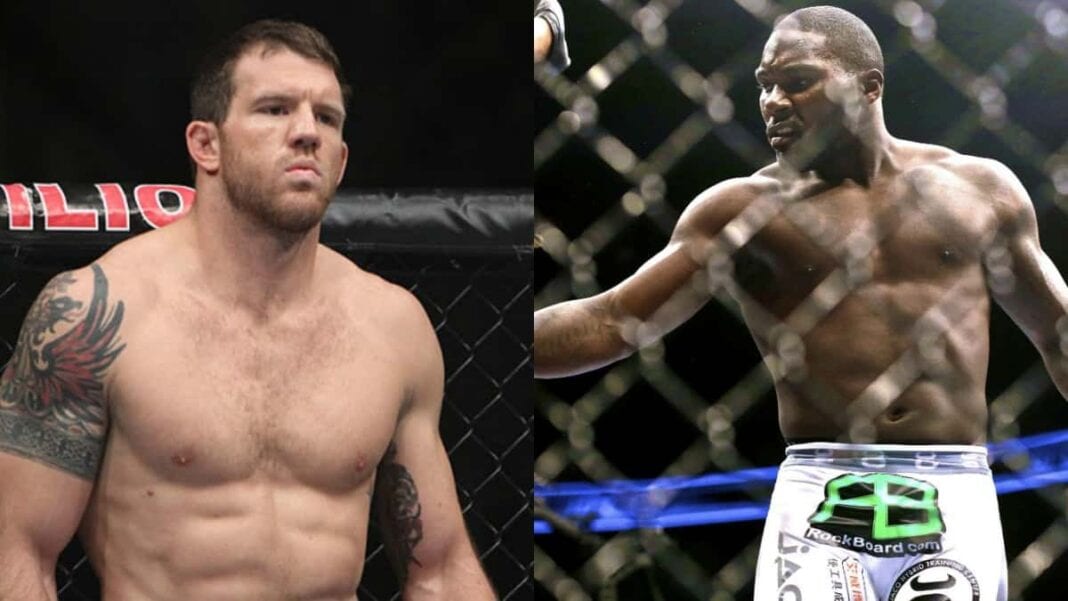 Here we go, it’s main event time in Newark, New Jersey, as title hopefuls Ryan Bader and Anthony Johnson will throw down at UFC on FOX 18. The winner could well be facing the result of Jon Jones vs Daniel Cormier by the end of the year.

Round 1: Johnson’s looking really intense here as Bruce Buffer announces him, The Rock is buzzing as they square off. Bader shoots, gets stuffed and Johnson takes his back, wow! Bader looks for the kimura and now ‘Rumble’ is in a great position, Bader could be in trouble here, Johnson in full mount. Johnson pounding him, this is nearly done, Bader is done. Fights over, Johnson by TKO that was crazy quick, Bader was out cold!

Rumble Johnson defeats Ryan Bader by TKO (strikes) and he was sleeping. The referee had to explain what happened. Insanity as Johnson moves to 10 knockouts in the UFC to tie Chuck Liddell at third in most T/KO’s in UFC history.