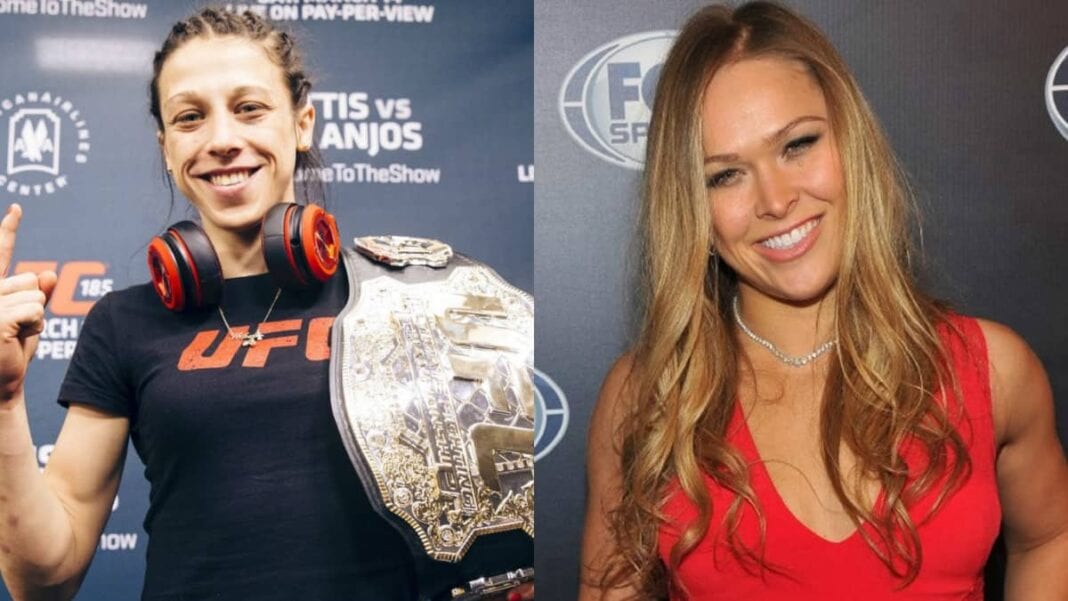 After Ronda Rousey was shockingly and brutally knocked out by Holly Holm at UFC 193 last month, the mixed martial arts (MMA) community seemed to turn on the long-time champion rather quickly.

The “Rowdy” one was ridiculed and highly criticized after surrendering her title in the fashion that she did, but it appears as if she has the backing of current strawweight champion Joanna Jedrzeczyk.

Recently speaking on the topic, “Joanna Champion” said that despite her loss, fans can’t forget about what Rousey has done for the sport as a whole:

“We’re all doing this job together,” she told Sherdog.com. “We cannot forget what Ronda did before, for all of us, not just for female fighters, but for all the UFC and MMA all over the world.”

Heading into UFC 193, Rousey was a massive favorite and many expected her to keep her undefeated record in tact against the 19-time boxing world champion Holm. However, the result was vicious and even somewhat terrifying.

Jedrzeczyk admits that this is part of the sport, however, also noting that she’s excited to be a part of the growth of MMA:

“It’s a sport, it’s a beautiful sport, but sometimes brutal and one punch or one kick can sometimes finish the fight so we must pay attention second by second. But I’m very happy that this sport is growing up and I’m happy to be part of it.”

In a sport like MMA or any combat sport for that matter, anything can happen in a fight. One punch, or one mistake can completely change the outcome of a contest.

That being said, Jedrzeczyk claims that one fight means nothing, and that Rousey’s career accomplishments speak for themselves:

“People cannot look at this just because she lost her last fight, you know? Like I said, she used to be, she used to fight for national U.S. team in Judo. She’s been to the Olympics, she won a medal there. She was a champion so she’s still one of the greatest so people cannot forget about her, you know?”

Do you agree with the Polish champion’s assessment of the “Rowdy” one?