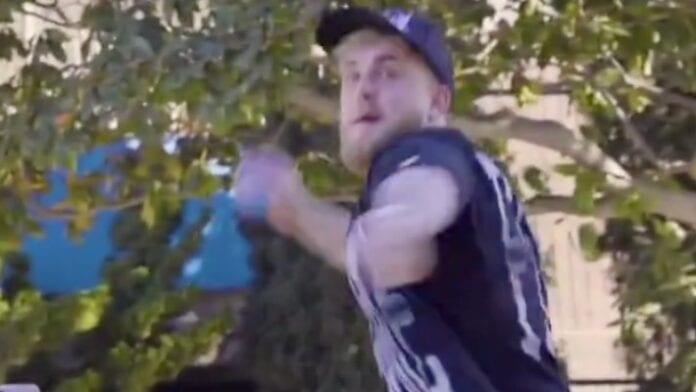 We all got to see Logan Paul’s angle of his attack on Dillon Danis. Now we can see things from Showtime’s angle.

Paul made headlines recently when he attacked Danis with a water balloon in a drive-by while the latter was filming an episode of Food Truck Diaries with Brendan Schaub.

It seemed to further escalate their feud as Paul had recently been calling for a boxing match with Conor McGregor in addition to Danis.

However, many observers also felt it was a staged moment and that seems to be even more so the case now that we can see things from the perspective of Danis.

You can watch it below courtesy of Showtime:

After the attack, Danis and Schaub discussed what had happened.

“I was going to try and jump on the truck but I couldn’t get it,” Danis said. “… I don’t think he would actually box me, either.”

“You don’t think Jake will?” Schaub responded. “But the thing is, that’s going to get them millions of views and when you guys fight, that translates to dollars for you.”

“I wish he would have gotten out,” Danis said before asking Schaub if he had a car to follow them.

What do you think? Was it staged?