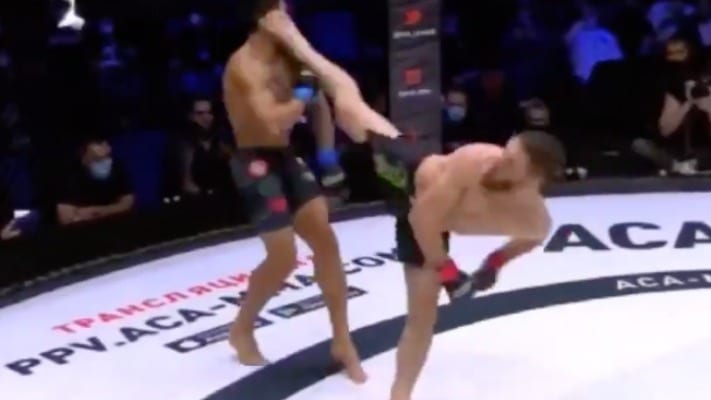 Magomed Bibulatov entered his name into the hat for knockout of the year.

Bibulatov took on Rodrigo Praia in a flyweight bout at ACA 112 on Sunday and made it three wins in a row following an impressive spinning wheel kick knockout that left his opponent out cold.

Bibulatov, of course, is a former UFC flyweight who competed for the promotion from 2017 to 2019. However, he would go 1-2 in the UFC, having suffered successive defeats to John Moraga and Rogerio Bontorin which ultimately led to his departure to ACA.

With three finishes since to take his professional record to 17-2, many will question why the UFC allowed the Russian to depart the promotion.

He would certainly be a great addition to the current class of 125-pound fighters in the promotion.

What do you make of Bibulatov’s knockout? Is it the best of the year so far?