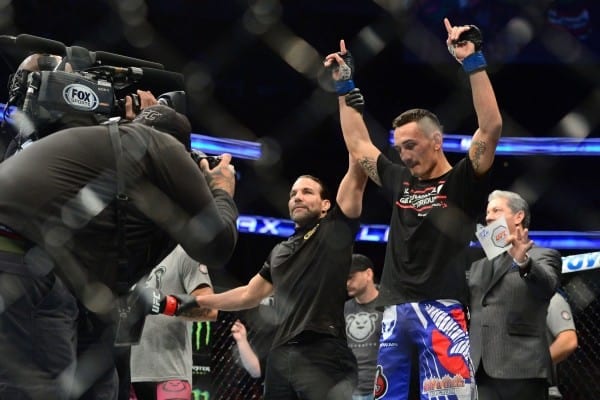 The UFC returned to FOX Sports 1 this past Sunday night, but their normal audience that usually turns into all of their events did not. UFC Fight Night 74 did 796,000 viewers, the third-lowest for a prime-time show on the network so far this year.

The show peaked at 970,000 viewers for the Olivier Aubin-Mercier vs. Tony Sims fight.

UFC Fight Night 74 took place on Sunday, August 23, 2015, at the SaskTel Centre in Saskatoon, Saskatchewan, Canada and the event was broadcasted on UFC Fight Pass as well as FOX Sports 1.

A featherweight bout between rising stars Max Holloway and Charles Oliveira was the main event while Neil Magny and Erick Silva was the co-main event.

The preliminary bouts for this event did 542,000 viewers, which is down from the 580,000 average for prime time shows on the network since February.

The lack of star power is due to the numbers being down. This event also went head-to-head with an NFL preseason game with the St. Louis Rams vs. Tennessee Titans on FOX, which drew 5.41 million viewers.