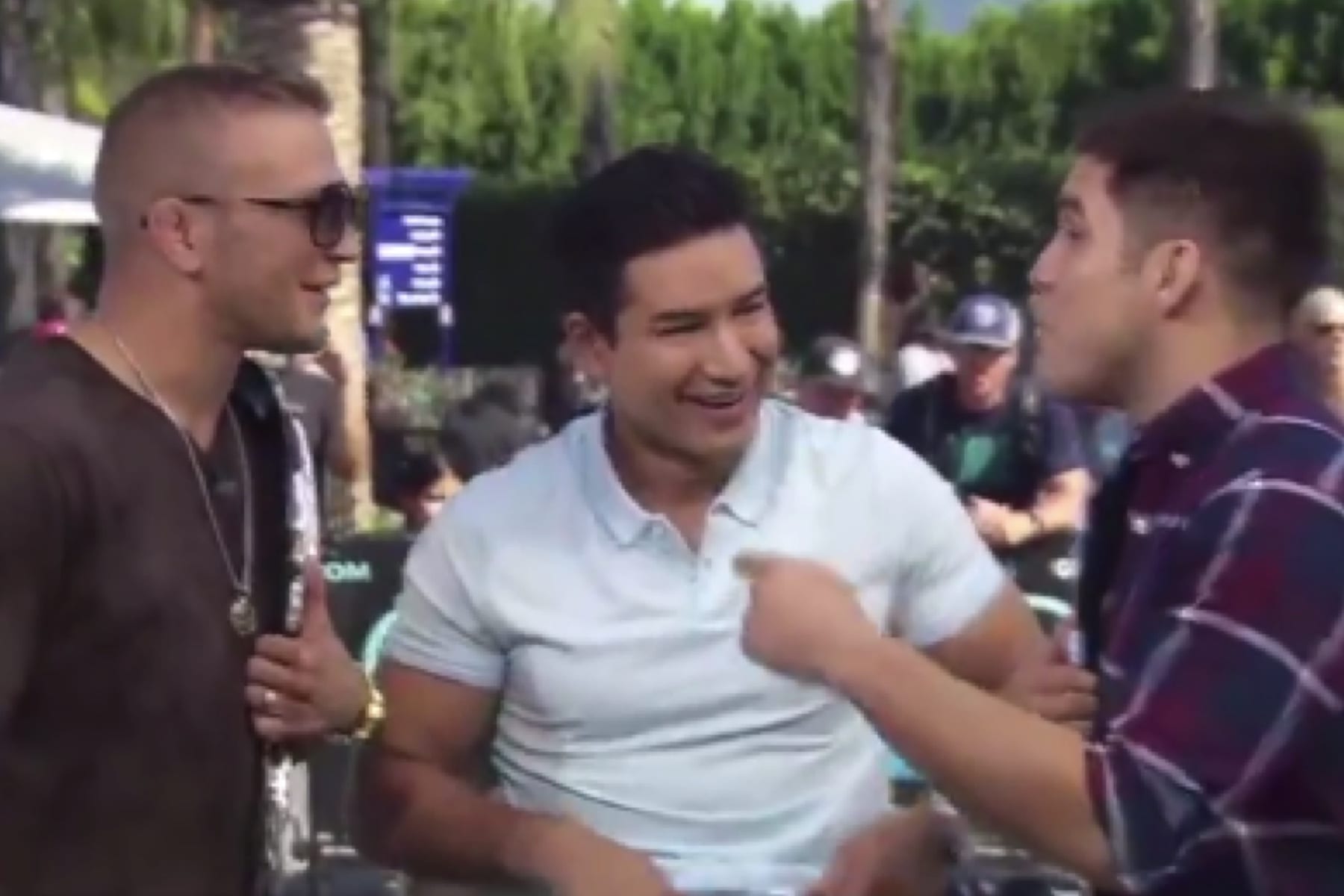 If you thought you’d soon see a video where TJ Dillashaw stares down Henry Cejudo, you were correct.

Newly-crowned flyweight champion Cejudo called out Dillashaw after beating Demetrious Johnson at August 4’s UFC 227. “Mighty Mouse” was long rumored to be involved with that fight.

Johnson is believed to be the most deserving former champion for an immediate championship rematch. His 11 consecutive title defenses set a UFC record. Injuries have meanwhile sidelined the all-time great, leading to speculation that Dillashaw vs. Cejudo will actually happen.

The fighters squared off on a recent episode of Extra TV:

As a result, this super fight between the two lower-weight champions could be happening very soon. The UFC loves their ‘super fights’ in the current ‘entertainment’ era. Neither man has a clear-cut challenger that would seem viable, either, so above all, the promotion needs a decent fight to promote.

Cejudo wants to move up to bantamweight, yet it seems like Dillashaw wants to cut down to 125 pounds:

“Be careful what you ask for, brother. I’m takin’ that belt from you.”

The bantamweight champ asserted his confidence he would destroy the flyweight king:

“Always. Absolutely. I’d run through him. I’m taking that belt right off his shoulder. I’ll come over to your house and take it.”

Cejudo insisted he had more gold than Dillashaw after winning an Olympic title and a UFC belt, yet “The Viper” only had one approach in mind:

“How would I approach it? I’d knock him out.”