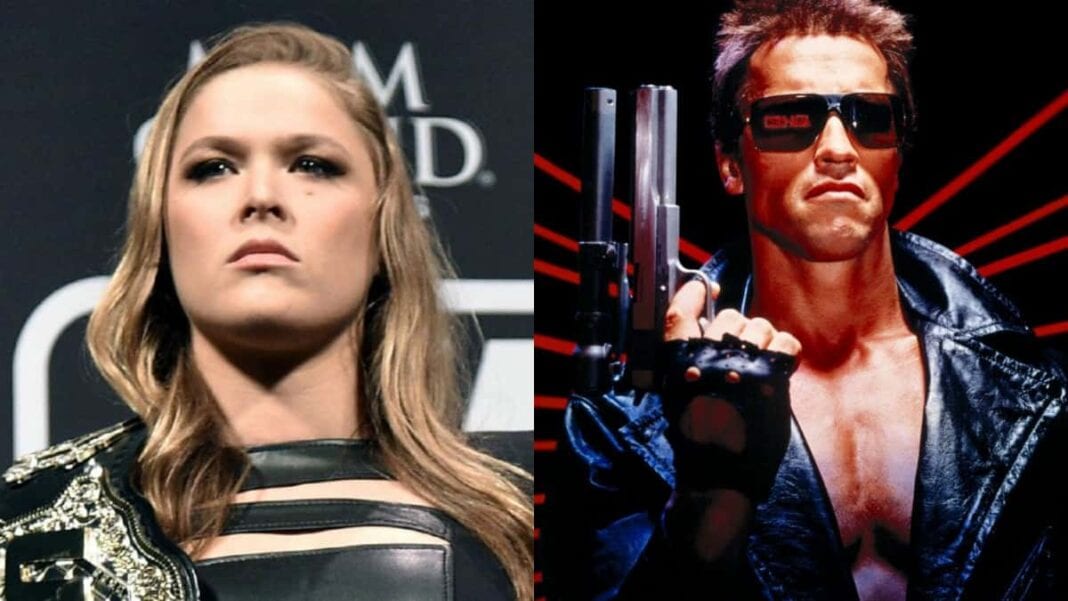 Following the choice to use Ronda Rousey as Patrick Swayze’s character ‘Dalton’ in Roadhouse, which was clearly an awesome decision (insert sarcasm here), the UFC is taking a different angle to their approach at UFC 193. With a silver screen type extended preview of UFC 193 Embedded, the UFC is now making previews of previews. Yep.

With the undisputed queen of the division set to take on another ‘top’ contender in the form of Holly Holm, described by Dana White as the greatest female boxer ever, the promotion is gearing up for a hectic fight week next week. The Etihad Stadium will be the monster venue for the blockbuster event on November 14, and will play host to another women’s title fight in the co-main event.

Back to the case in point, Rousey is portrayed as the female terminator and a unique athlete by Sylvester Stallone and various other Hollywood superstars and faces. If it’s not clear to you by now, the star power and draw of ‘Rowdy’ extends far beyond and above the sport of MMA.

Check out the preview of UFC 193 Embedded, and stay tuned to LowKickMMA!