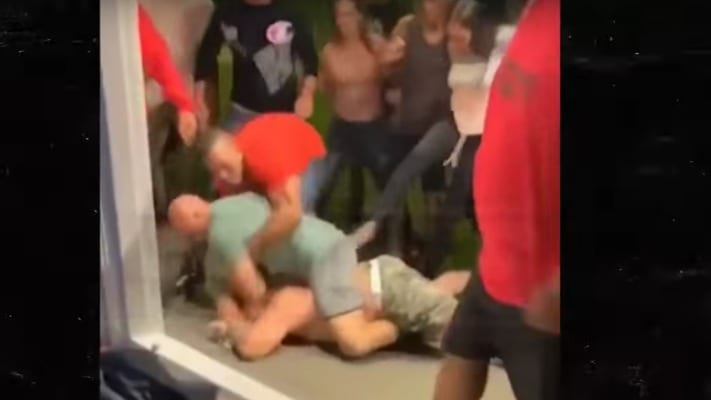 UFC Hall of Famer, BJ Penn has reportedly been in another bar fight.

TMZ Sports obtained the video that showed the Hawaiian on top of a citizen and landing down heavy punches. It reportedly took place at the Lava Shack on the Big Island.

This is not the first time Penn has been in a bar fight. Back in June, a video got released of the UFC Hall of Famer in a bar fight and his friends struggling to get him off the other man. In this fight, according to the report, the police eventually showed up on the scene although no arrests were made and Penn has yet to comment on the incident.

Penn, of course, is set to return to the Octagon against Nik Lentz where the expectation will be the fight takes place later this year. It will also be Penn’s last fight in the UFC according to Dana White.

The Hawaiian is currently on seven-fight losing steak and has not won a fight in eight straight fights, as before his losing streak he had a draw against Jon Fitch. His last win came back at UFC 123 when he knocked out Matt Hughes in the first round. On his current losing streak, he has lost to the likes of Nick Diaz, Rory MacDonald, Frankie Edgar, Yair Rodriguez, and Clay Guida among others.

What do you make of this bar incident involving the UFC Hall Of Famer?