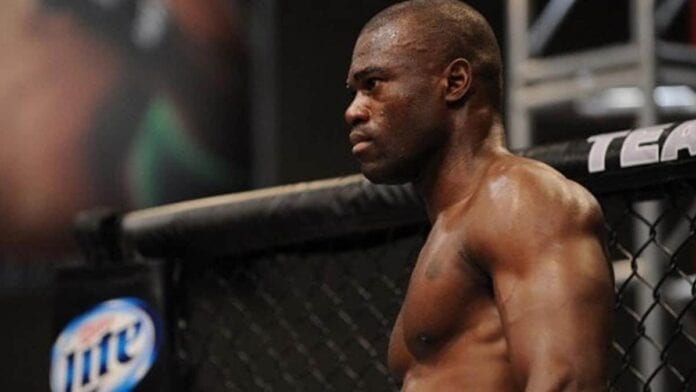 UFC Fight Night 69 is set to go down on June 20, 2015 live on UFC Fight Pass from Berlin. In the main event, newly crowned women’s strawweight champion Joanna Jedrzejczyk will put her title on the line against top contender Jessica Penne in a five-round bout.

Jedrzejczyk wasn’t the only Polish fighter scheduled to compete on the card, however, as middleweight Krzysztof Jotko was set to take on Derrick Brunson in a 185-pound affair. However, Brunson was forced out of the bout this past week due to injury and was subsequently replaced by The Ultimate Fighter (TUF) 17 finalist Uriah “Primetime” Hall.

However, it looks as if this bout will not happen at all now, as MMAFighting has confirmed that due to visa issues, Hall will not be able to make it to Germany, and as a result Jotko was also pulled from the card. This is quite an unfortunate series of events for Jotko, after going through a full training camp with a change in opponent and now not having a fight at all.

For Hall, this would’ve been a quick turnaround as he recently competed at May 23’s UFC 187, dropping a close fought split-decision loss to Rafael Natal. Prior to that, “Primetime” had won three straight fights including two stoppages after losing his first two UFC bouts.

What’s next for Hall or Jotko is currently unknown, but UFC Fight Night 69 is set to go on with only 11 fights. Stay tuned to LowKickMMA as the event nears closer.