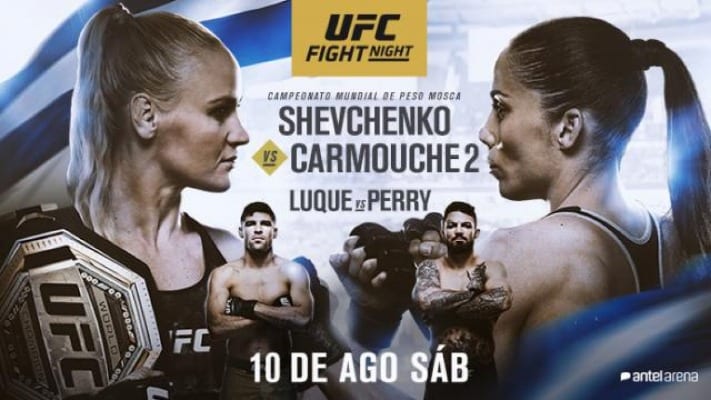 LowKickMMA will be bringing you UFC Uruguay results throughout tonight (Sat. August 10, 2019).

The show goes down from the Antel Arena in Montevideo, Uruguay. In the main event of the night, UFC women’s flyweight champion Valentina Shevchenko defends her title against Liz Carmouche. “The Bullet” hopes to avenge a loss to Carmouche from early on in her mixed martial arts (MMA) career in the regional scene.

Also, Mike Perry makes his return to take on Vicente Luque in a welterweight co-main event. Check out LowKickMMA’s UFC Uruguay results below. Also, make sure to follow along with us on Twitter @LowKick_MMA.