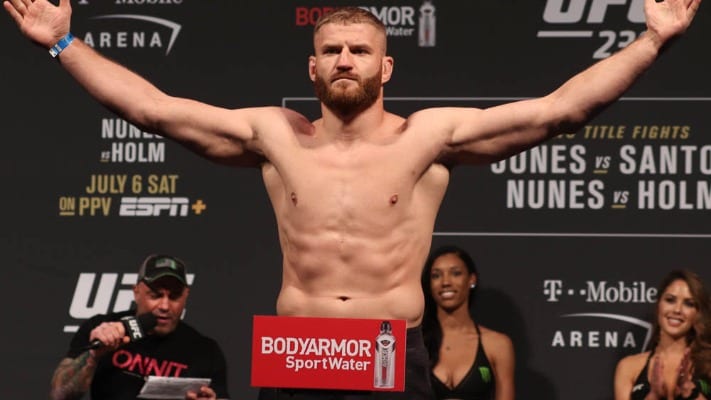 The CABMMA has issued a correction on the weights of fighters Tracy Cortez and Vanessa Malo. The scale was not calibrated properly, and it has been determined that both women did, in fact, make weight at 136 pounds.

Tomorrow (Sat. November 16, 2019) the UFC returns to Brazil. UFC Sao Paulo will go down from the Ginásio do Ibirapuera in Sao Paulo, Brazil.

In the main event of the night, Ronaldo “Jacare” Souza will jump up to light heavyweight to take on Jan Blachowicz. Co-main eventing the night is another 205-pound matchup between Mauricio “Shogun” Rua and Paul Craig. The UFC has compiled a tremendous card for fight fans to enjoy.

Will you be tuning into UFC Sao Paulo tomorrow? Who are you picking in the main event?