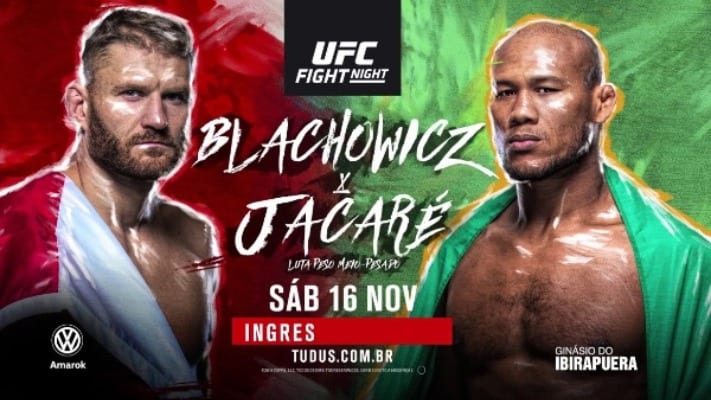 The Brazil crowd turned out for the event with an attendance number of 10,344. No gate was announced – as is normal for Brazilian events – but the show was declared a sell-out. There were also some well-deserved post-fight bonuses handed out.

First, on the preliminary card, Randy Brown pulled off a spectacular second-round submission win over Warlley Alves, locking in a triangle choke. The finish was worth a Performance Of The Night bonus worth $50,000.

Next, Ricardo Ramos also picked up a submission victory on the preliminary card, submitting Luiz Eduardo Garagorri in the first round with a rear-naked choke. Ramos also takes home an extra $50,000 for a Performance Of The Night bonus.

James Krause also earned a $50,000 Performance Of The Night bonus for his featured preliminary bout victory. Krause but Sergio Moraes away in the third round with a late knockout. The finish came with just seconds left in the final round off of a beautiful counter.

And finally, Charles Oliveira, the all-time leader in submissions in UFC history, this time got the job done with his hands. Oliveira only needed one round to knock out opponent Jared Gordon, earning a $50,000 Performance Of The Night bonus as well.

What do you think about the UFC Sao Paulo bonuses?