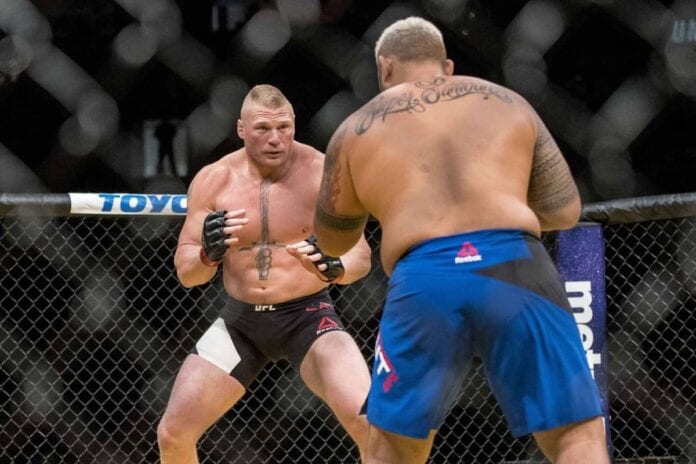 The MMA world is in a frenzy about tonight’s (Fri., July 15, 2016) news that UFC heavyweight Brock Lesnar was flagged for a potential anti-doping violation from an out of competition test on June 28.

The UFC issued an official statement about it, and now several professional fighters have weighed in with their views on Twitter. Find out what they said right here (via MMA Fighting):

USADA has no chill! If USADA had a body it would have Michael Jordan's crying face on it????

First you tell me Dragons are fake now this! Truly shocking ???? https://t.co/ufVv0mi6gA