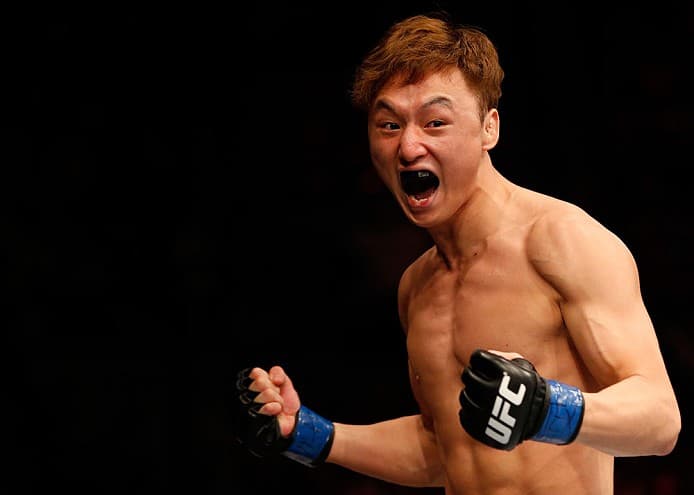 UFC Fight Night 79 is underway in South Korea, and the event kicked off with a featherweight showdown between Sam Sicilia and Doo Ho Choi. ‘Korean Superboy came in to this fight on a ten-fight nine KO/TKO win streak, and was heavily cheered by the crowd.

Choi rocks Sicilia in the opening exchanges and he’ hurt. Big straight lefts and he’s hurt already! The crowd going wild! Now a big left hook, and Sicilia is out, more strikes on the ground and it’s all over!