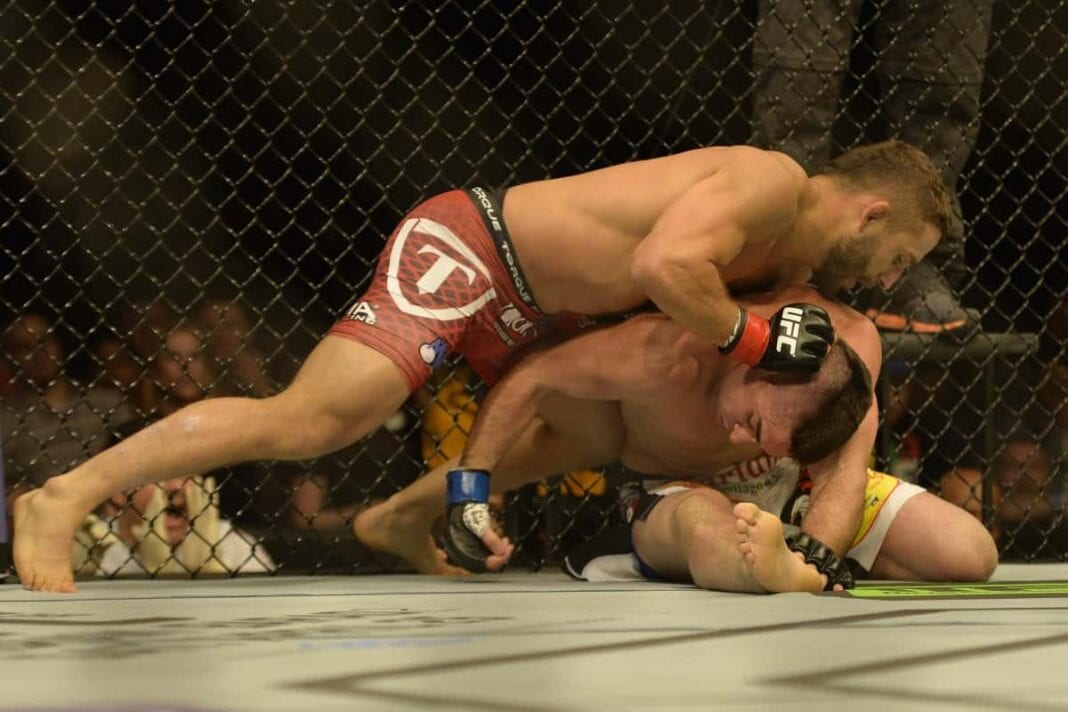 UFC Fight Night 63 went down today (April 4, 2015) from Fairfax, Virginia and the main event featured a clash of featherweight contenders as No. 1-ranked Chad “Money” Mendes met No. 4-ranked Ricardo “The Bully” Lamas.

Many consider Mendes to be the best 145-pounder in the UFC besides the current champion Jose Aldo, and the Team Alpha Male product solidified himself as just that today, clearly showcasing the gap between himself and the rest of the contenders.

Fans and media members alike thought this would be a close hard fought battle, but it was anything but that. Mendes came out fast showcasing his world class footwork and diverse striking skill set. “Money” blasted Lamas with a huge right hand that stunned Lamas, and “The Bully” never recovered.

Mendes remained patient picking his shots, as Lamas stumbled to the ground. He then got on top smashing Lamas until the referee had no other chance but to end the fight.

Check out the full highlights below: