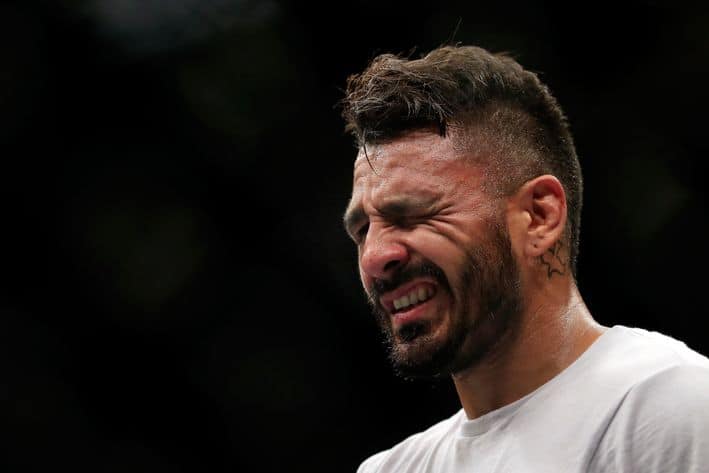 UFC bantamweight Francisco Rivera has been dealt an almost-damning blow to his mixed martial arts career.

‘Cisco’ was given a four-year suspension by USADA following a failed drug test leading into 2016’s UFC 201.

Rivera tested positive for clenbuterol, and initially blamed its detection on tainted meat eaten while vacationing in Mexico. However, Rivera could not prove he was there prior to the failed test, and USADA ultimately decided upon a four-year suspension.

The decision was made official this week following an evidentiary hearing last month.

USASA released a statement on Rivera’s suspension and failed test;

“(USADA) concluded that the clenbuterol levels detected in [Rivera’s] sample were inconsistent with what could be expected from meat contamination,” and that Rivera was “unable to provide independently verifiable evidence to support his claim that he had traveled to Northern Mexico and ingested meat in the days leading up to the relevant sample collection.”

To make matters worse for Rivera, USADA claims that the UFC bantamweight falsified evidence in an attempt to prove his innocence:

“(USADA’s investigation) revealed that several pieces of evidence presented by Rivera to USADA and the arbitrator had been falsified to support the athlete’s claims that the substance had originated from contaminated meat in Mexico.”

Rivera’s failed test combined with his attempts to deceive USADA led to his harsh four-year suspension. He won’t be eligible to fight again until August 2020, when Rivera will be nearly 40 years old.

Do you agree with USADA’s ruling on Rivera’s suspension?