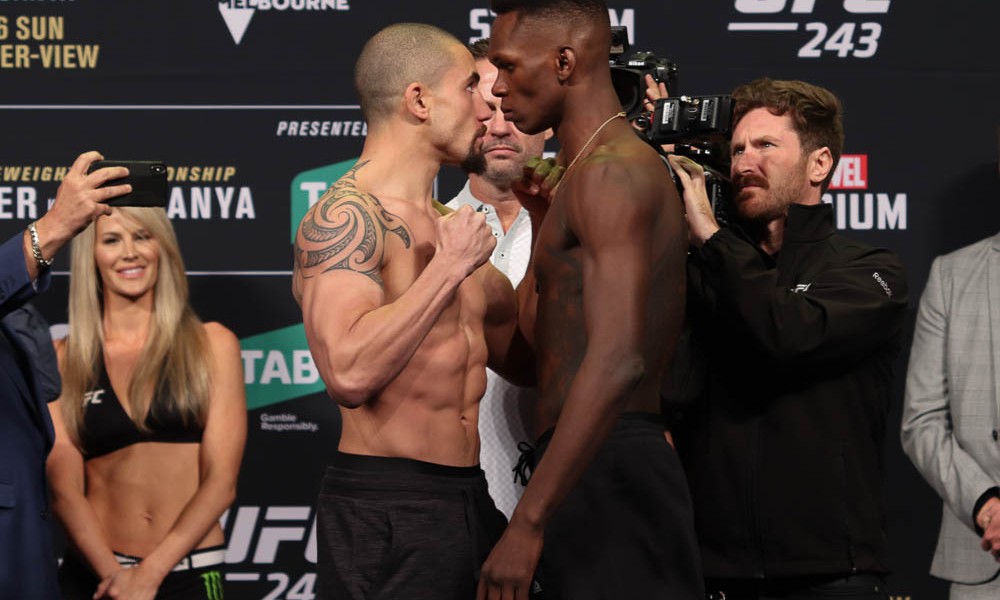 The UFC may not return to Australia or New Zealand for some time, but they are certainly fans of Australasian MMA, that much is apparent from the fight card they are putting on February 12. UFC 271 may be taking place at the Toyota Center in Houston, Texas but make no mistake this is an event for Australasian fight fans.

The card will be topped by perhaps the mammoth rematch between two of the biggest stars from Australia/New Zealand. We’ll certainly be putting some money down on this card but if you can’t wait until February 12 to win big check out online casino New Zealand.

‘Stylebender’ will enter his rematch with Whittaker a pretty big favourite after stopping ‘The Reaper’ inside two rounds when they first fought back in 2019.

Since then, New Zealander Adesanya has defended his middleweight title three times and was only beaten when he moved up 20lbs in weight to challenge the now-former light-heavyweight king, Jan Blachowicz.

Whittaker appears to have a new zest for MMA after losing his UFC belt and has picked up three wins since then. The Aussie has beaten Darren Till, Jared Cannonier and Kelvin Gastelum to establish himself as the number one middleweight contender.

The shoe-beer chugging Aussie seems destined for big things in 2022. At 28 years old, Tuivasa is heading into his peak and that has been evidenced by his performances inside the Octagon. Tuivasa has picked up four consecutive KO/TKO wins, three of which have come inside the first round. He’ll face one of the toughest tests of his career in the UFC 271 main event when he squares off against fellow slugger Derrick Lewis.

Casey O’Neill may have been born in Scotland but since moving to Australia at the age of 10 she has become one of the brightest prospects in WMMA. The 24-year-old has the honour of facing WMMA pioneer Roxanne Modafferi in what will be the final fight of her storied career. There’ll be no room for sentiment and O’Neill will be determined to keep her perfect record intact while also stretching her run of consecutive finishes to five in a row.

Adesanya’s training partner will be desperate to prove he belongs in the UFC after falling short in his promotional debut. Carlos Ulberg gave a good account of himself but was ultimately KO’d by Kennedy Nzechukwu at UFC 259 in March 2021. He’ll face Fabio Cherant who’s also looking to get his first UFC win after suffering back-to-back first-round KO losses since joining the promotion.

Whittaker also has one of his training partners fighting on his undercard at UFC 271. Jacob Malkoun appeared to have reached the big show prematurely when he was knocked out just 19 seconds into his UFC debut. Since then, Malkoun has impressively bounced back with a dominant decision win over renowned KO artist Abul Razak Alhassan. The 26-year-old Aussie will hope to make in two in a row when he takes on AJ Dobson at UFC 271.

Who are you most looking forward to watching at UFC 271?