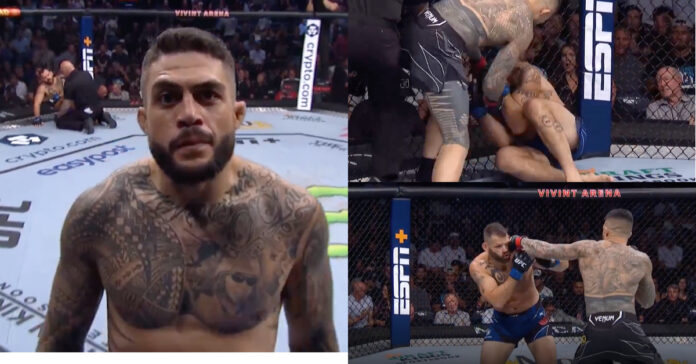 Tyson Pedro scored a statement win in his comeback against Harry Hunsucker at UFC 278.

Going into the bout off an incredible knockout win over Isaac Villanueva, Pedro was looking to extend his winning run with a victory over Hunsucker, who was working to get back to winning ways after dropping two in a row. They clashed on the main card of UFC 278: Usman vs. Edwards 2 at Vivint Arena in Salt Lake City, Utah.

Pedro started things off composed and looked for that big shot. Hunsucker put in a good showing but was unable to cause any real damage to the Australian. A stinging jab from Pedro rocked Hunsucker before Pedro capitalized with a huge body kick to crumple Hunsucker in his comeback.

Below, catch the highlights from Tyson Pedro vs. Harry Hunsucker