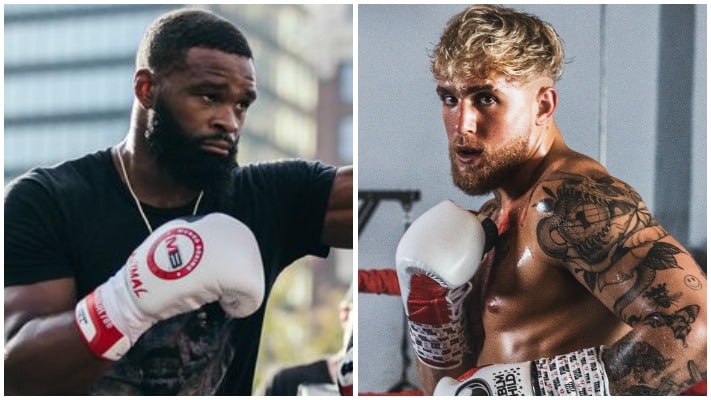 “I love you son. Now come and get this ass whippin cause i heard you been talking back to your elders. @jakepaul #ManOfMyWord

Prior to the 39-year-old Woodley’s split decision loss to loudmouthed Youtube sensation Jake ‘The Problem Child’ Paul, the two pledged a pre-fight wager with the loser of the bout required to get a tattoo of the victor’s name on their body. After some initial resistance from ‘The Chosen One’ Woodley, it now appears he has conceded to make good on his pre-fight promise.

Always with his finger of the Twitter trigger, Cleveland’s Paul was quick to respond to the 5’7” Woodley’s stunt:

While the tattoo was pre-agreed upon, Paul appears to indicate that Woodley only got his new body art as a ploy to angle for a future rematch. Whether or not the fresh ink will be Woodley’s golden ticket to another lucrative showdown is yet to be seen. Woodley is yet to comment on Paul’s retort.

Will Tyron Woodley’s new ink get him a rematch? Or does Jake Paul have bigger things on his horizon?

Let us know in the comments below!