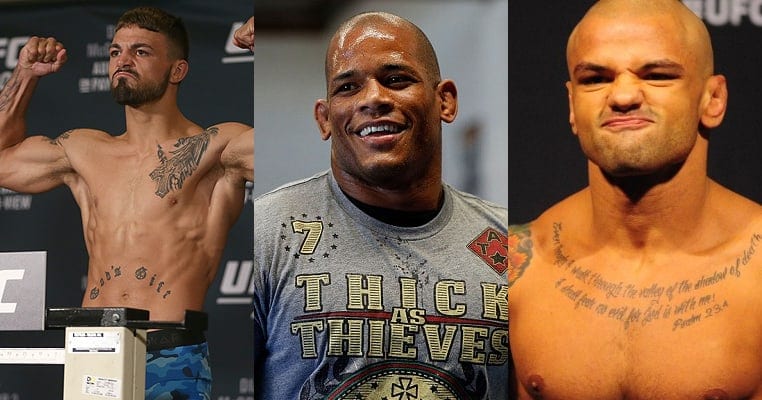 Two explosive matchups have been added  to UFC Fight Night: Pittsburgh this week.

Surging “Platinum” Mike Perry is set to take on Thiago Alves while Hector Lombard will fight Anthony Smith, according to UFC officials.

The welterweight-heavy card will take place on September 16 on the same night as boxing mega-fight between Carnell Álvarez and Gennady Golovkin.

Both fights were initially booked for an event on August 19, however that card was scrapped entirely due to Mayweather vs McGregor taking place just days later.

Perry will look to build off of a brutal knockout over Jake Ellenberger in April against Thiago Alves, who will look to pick up his second win in a row after returning to welterweight following a short stint at 155 pounds.

Lombard is returning from a disappointing three fight losing streak to take on Anthony Smith. Smith is currently riding a two-fight winning streak, with both victories coming by way of knockout.

No word yet on who will headline the card as of today.