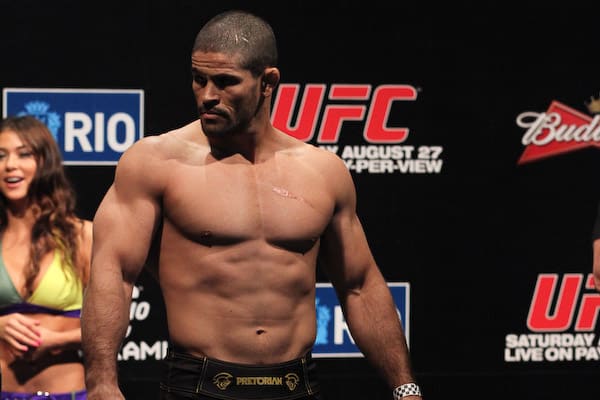 Notorious Brazilian grappler Rousimar Palhares has burned bridges with yet another promotion, as WSOF (World Series of Fighting) president Ray Sefo confirmed the promotion has stripped ‘Paul Harris’ of the welterweight title. Wonder who they’ll be sending round to collect the belt? A litany of dirty offences culminated in a bitter end to the WSOF 22 main event, as ‘Toquinho’ once again cranked a submission for too long, and added eye gouges to his rough arsenal.

Now suspended indefinitely and without his belt, you could argue that Palhares is lucky to still have a place in Sefo’s budding MMA promotion. Check out how Twitter reacted to the news of Paul Harris getting his title stripped:

Steve Mazzagati warned Palhares over 5 times to "Watch your fingers" did nothing. Here's a few eye gouges from fight. pic.twitter.com/0bWyJjuUdC

. Great move by @MMAWorldSeries by stripping Paul Harris' title. I doubt he will let go the belt though…

Paul Harris deserved it. Dirtiest fighter in MMA. What a waste of talent #mma

Long live the king! In disgrace, that is… Champ #PaulHarris stripped of his #WSOF22 tittle ?? http://t.co/BhXSsZOoIO

“@SalvatoreTriolo: Rousimar Palhares stripped of #WSOF title and suspended indefinitely. #MMA pic.twitter.com/IukHiUn6iq” as he should be

If palhares is suspended then the referee must be suspended also.

Rousimar Palhares can say he didn't do it, but "the fact is, his fingers were in his eyes and that's illegal." – Ray Sefo on #themmahour.

WSOF has stripped Rousimar Palhares of his title and suspends him for good. Can't finger bang people's eyes when they say no!

The WSOF said they are stripping Palhares of his belt however he is refusing to let go.