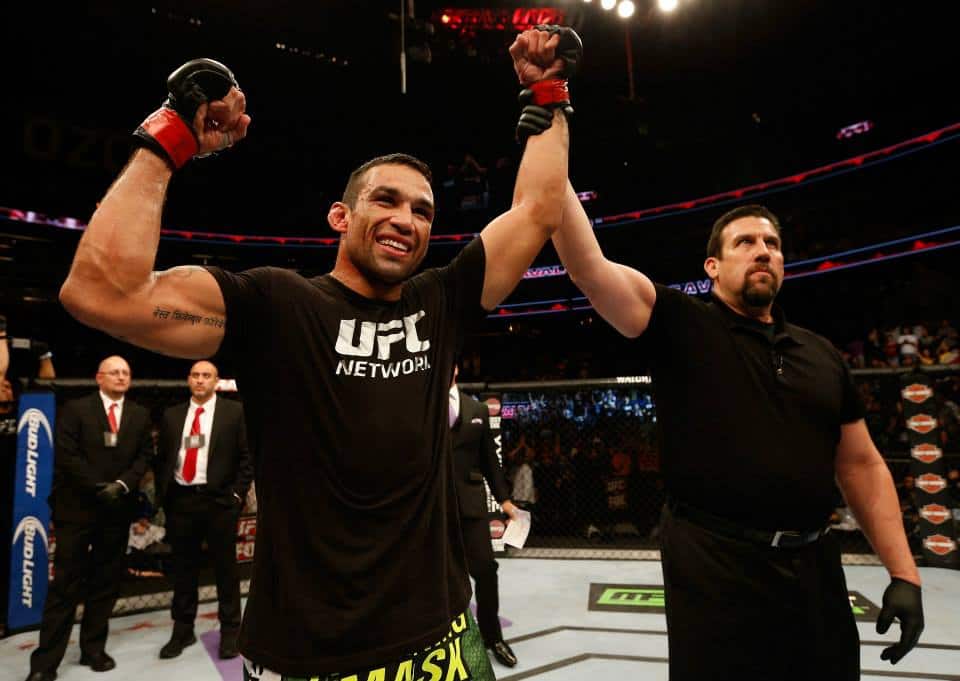 The win put Werdum as the clear next contender to Cain Velasquez’ long-held belt, a role he already had before the champ got injured yet again. But it also gave “Vai Cavalo” a ton of worldwide recognition and respect on a grand stage, two things that Werdum deserves more of.

He’s won five straight UFC bouts since returning to the promotion at UFC 143 in early 2012, finishing three and destroying Travis Browne and Roy Nelson with one-sided decisions in the other two. Werdum has always been regarded as the best submission grappler in the heavyweight division, and perhaps all of MMA.

Yet it still felt like he was still flying under the radar a bit, even with all he had accomplished.

Not many picked Werdum over Browne in the main event of April’s UFC on FOX 11, and probably even less picked him to beat Velasquez before the champ got hurt.

Even though he was the betting favorite over Hunt, most predictions I saw had Hunt winning by some form of knockout. And that was despite the fact that Hunt had taken the fight on short notice and had to lose 37 pounds to fight in Mexico’s high altitude.

It was a defining win for Werdum, one that cements him as a true threat to Velasquez’ reign as champion. Does that mean he’ll be able to take the real belt from a fully healthy Velasquez? No, most certainly not, but he definitely has a chance. He did what next to no one thought he could do in knocking out Hunt, and that has at least to bolster his chances.

Whether or not that matters depends largely on Velasquez’ ability to return to the cage by next March. With his lengthy (and seemingly worsening) injury history, that’s far from a sure thing. Velasquez could be stripped of the title if he can’t return, but he and Werdum’s paths will cross at some point.

Hunt was looking for the big knockout, and there were times that he got close at UFC 180. Velasquez, on the other hand, will be using his diverse and dangerous skillset to win the fight in the most efficient way possible, and he won’t get tired if he’s healthy.

However, Werdum proved he can finish even the most elite strikers on the feet, and he can’t be counted out of any heavyweight fight at this point. He’s rarely mentioned as one of greatest heavyweights of this generation, but the fact remains that he’s earned a spot near the top.

“Vai Cavalo” is peaking at the right time, and if he can upset Velasquez, he’ll sit alone at the top. Will Werdum shed the interim title for the real championship soon?