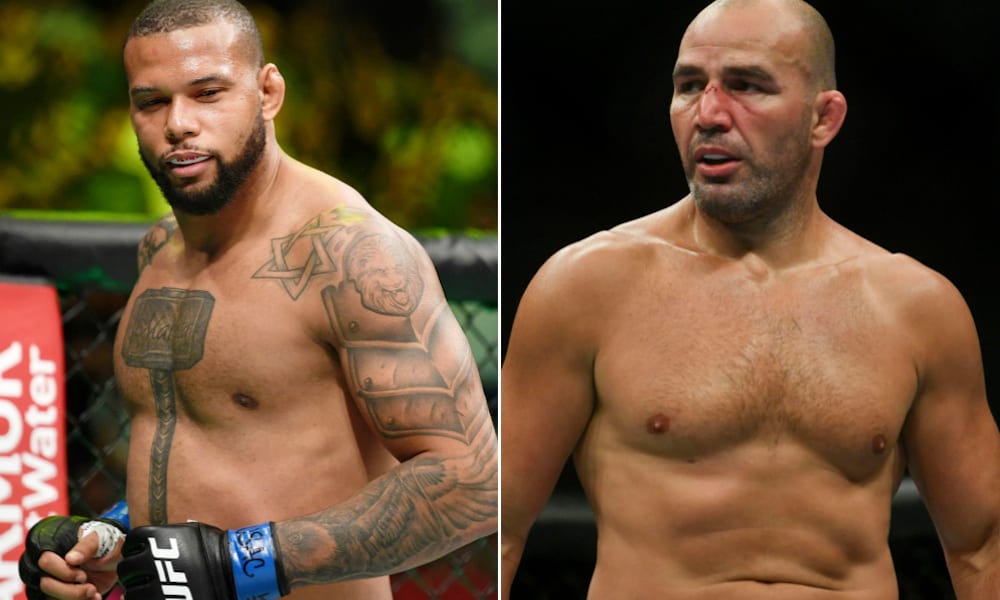 In the UFC Vegas 13 main event, we have an epic light-heavyweight fight with title implications. Thiago Santos returns from his year-long layoff to square off against the streaking Glover Teixeira tonight. Who’ll win? Let’s see what the LowKickMMA staff think…

Jordan Ellis: I almost feel silly picking against Glover Teixeira who has looked so great lately. However, Thiago Santos is a championship level fighter who already holds a win over the current 205lb champion. I believe even after a significant injury and subsequent layoff Santos will be able to get by Teixeira. I actually expect him to score a stoppage quite early in this one.

Abhinav Kini: This is actually pretty hard to pick for me. While you would naturally go for the more powerful and younger fighter in Thiago Santos, he is coming back from over a year out due to injury and multiple surgeries. It will be interesting to see how he fares upon his return. Glover Teixeira, meanwhile, is on a four-fight winning streak and looks better than he ever has in recent years. He’s also one of the hardest guys to put away. I’m actually going with the upset and picking Teixeira to win. I believe he has more tools and will mix things up and probably get the edge on the ground.

Ross Markey: It’s going to be really interesting to see how Thiago Santos returns from his slew of leg and knee injuries suffered in his close title challenge loss to Jon Jones last year. For Glover Teixeira, the veteran is in the form of his recent career, and a victory over his compatriot surely solidifies his status at the next contender at 205-pounds for Jan Blachowicz, after Israel Adesanya of course. While Glover is a patient but very, very slick boxer, evident in his May battering of Anthony Smith, Santos is a wild, explosive Muay Thai practitioner who has laid waste to Jimi Manuwa, common-foe, Smith and of course, holds a knockout win over Blachowicz. I’m picking Thiago Santos to get back to the win column tonight, and in rather fashion via a barrage of strikes.

Karim Nathan: Santos is one of my favourite fighters to watch so i’m really excited for his return, but you never know how someone is gonna look after all that time out recovering from a devastating injury. Glover on the other hand has been on a very impressive streak in the LHW division and has looked really good especially vs Smith and I feel like he shouldn’t be counted out quickly. However, I think Santos has the heavier hand and I also believe he as the motivation to go and win as he feels he could get the belt since he already stopped the champion previously. So, i’m going with a second round KO win for Santos.

Harry O’Connor: I’m really looking forward to this fight, I think we will get five solid rounds of fighting, I think it will be fight of the night for sure. I’m going to back Santos, I think as he’s younger and fresher he will edge Glover, who deserves all the credit for being where he is at this age. I think Santos will win this and go on to fight for the Light-Heavyweight title, whether that’s against Jan or Adesanya, we will wait to see. Santos by UD for me.